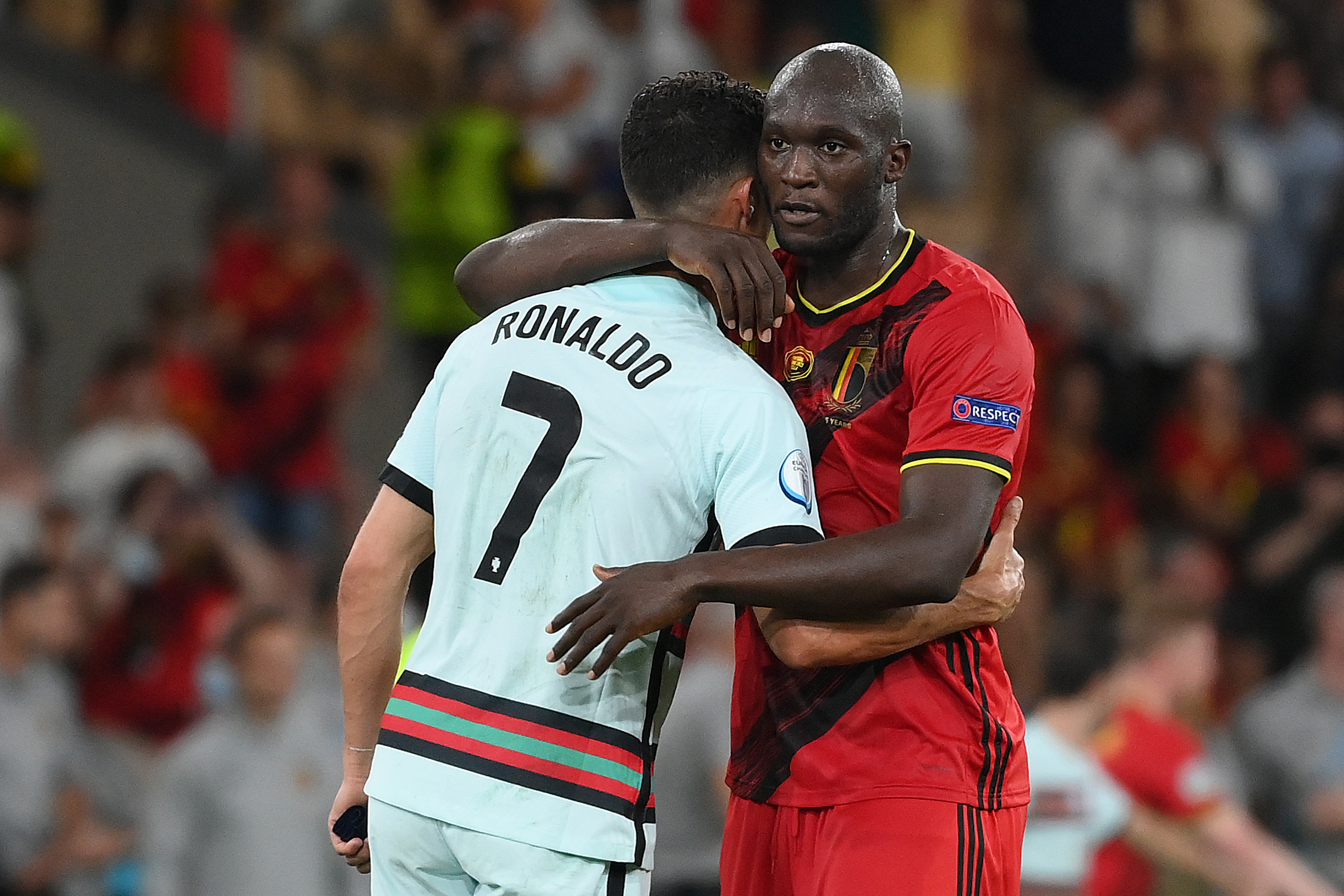 Thorgan Hazard scored the only goal of the game as Belgium knocked the holders Portugal out of Euro 2020 on Sunday after the Czech Republic ended the dreams of a 10-man Netherlands side.

Cristiano Ronaldo and his Portugal team-mates were hoping to defend the trophy they won in Paris five years ago but they could not recover after the lesser heralded of the Hazard brothers smashed home just before half-time in Seville and Belgium held out for a 1-0 victory. The meeting between the reigning champions and the world’s top-ranked team was hotly anticipated but it never lived up to expectations. Belgium will not care as they advance to another exciting tie, a mouth-watering quarter-final against Italy in Munich on Friday. “I just tried my luck,” said Borussia Dortmund winger Hazard. “It wasn’t easy but to go all the way in a tournament you have to suffer at times.”

It remains to be seen if their captain, Kevin De Bruyne, will be fit to face Italy after he was forced off early in the second half feeling the effects of an earlier Joao Palhinha challenge that left him with an injured ankle. Coach Roberto Martinez also saw skipper Eden Hazard come off late on with a hamstring problem. Raphael Guerreiro came closest to equalising for Portugal but Ronaldo rarely looked like getting the goal that would have seen him break the all-time international scoring record. He equalled the record of 109 goals established by Iran’s Ali Daei with a brace in the 2-2 draw with France in Portugal’s final group game. At 36, this could well have been Ronaldo’s last ever match at the European Championship but he will certainly hope to play at next year’s World Cup in Qatar. “There are players in tears,” said Portugal coach Fernando Santos. “We are very sad because the players gave everything.”

Earlier the Netherlands saw their run ended as goals from Tomas Holes and Patrik Schick gave the Czech Republic a 2-0 victory in Budapest. The tie in the Hungarian capital swung on two moments early in the second period that went against Frank de Boer’s side. Donyell Malen was denied by Tomas Vaclik after bursting through and finding himself with just the Czech goalkeeper to beat and then Netherlands centre-back Matthijs de Ligt was sent off after a VAR review for a deliberate handball. Holes opened the scoring in the 68th minute and the 28-year-old Slavia Prague midfielder then made the clinching second goal with 10 minutes left, pouncing on a loose ball and breaking through to set up Schick. It was Schick’s fourth goal of the Euro so far and the Czech Republic, ranked 40th in the world, now go through to a quarter-final against Denmark in Baku next Saturday, July 3. “We might not be big stars like the Dutch but we showed great team spirit and that is what made the difference,” said Schick.

Denmark secured their place in the last eight with a comprehensive 4-0 win over Wales in Amsterdam on Saturday before Italy joined them by beating Austria 2-1 in extra time at Wembley. Meanwhile the inquest will begin in the Netherlands as their first appearance at a major tournament since the 2014 World Cup ends in disappointment after some promising displays in the group phase. As the 1988 Euro winners head home, De Ligt shouldered responsibility following his sending-off. “The moment changed the game and I feel responsible. I saw how the guys fought after and I’m proud of it. But I feel bad about the incident,” De Ligt told Dutch public broadcaster NOS.

Meanwhile the build-up continues to Tuesday’s last-16 clash between England and old rivals Germany in London. England will be looking for their first win over the Germans in a tournament knockout match since the 1966 World Cup final, something their manager Gareth Southgate tried to play down on Sunday. “I don’t need to demystify it. The history is an irrelevance to them,” he said of his players. On Monday World Cup holders France will be expected to see off Switzerland in Bucharest, where local authorities have increased the number of fans allowed in. Around 25,000 will be permitted inside the National Arena in the Romanian capital, amounting to half the overall capacity as Covid-19 restrictions are relaxed. Monday’s earlier match will see Croatia tackle Spain in Copenhagen. Croatia will be without Ivan Perisic, one of their key players, after he became the latest star at the tournament to test positive for coronavirus.