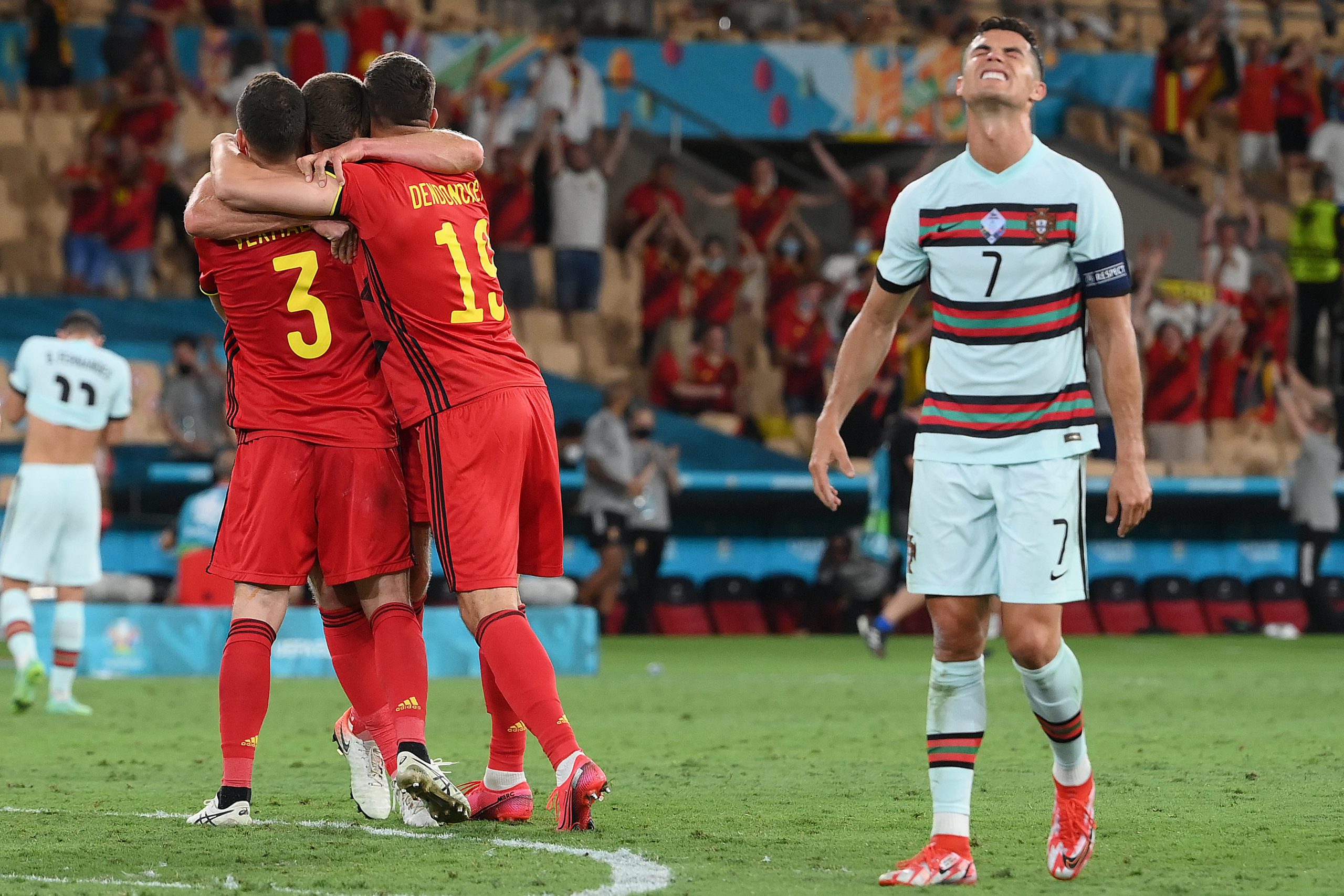 Portugal coach Fernando Santos said his players were crying in the changing room after their “unfair” 1-0 defeat by Belgium at Euro 2020 on Sunday.

Thorgan Hazard’s swerving shot from 30 yards proved the winner in Seville, where Belgium contained Cristiano Ronaldo and knocked out the reigning champions to book a quarter-final with Italy on Friday. “I think it’s an unfair result but they scored and we didn’t,” said Santos after the game. “They had six shots, one on target. We had 29 and couldn’t score even once. They had a shot from nothing. “We came back and thought we could turn it around. My players tried their best but the ball wouldn’t go in, that’s football. “We’re very disappointed, we thought we could win this tournament again after 2016. Some of my boys are crying in the changing room. All of Portugal should be proud of what they did today.”

Ronaldo was restricted by Belgium’s experienced back three, the 36-year-old going closest in the first half with a long-range free-kick pushed away by Thibaut Courtois. It means the Juventus striker goes home with five goals in the tournament and without breaking the all-time international goals record. Ronaldo remains level on 109 goals with Iran’s Ali Daei. “He scored five goals in the tournament and, OK, he didn’t score today but he was a true captain in every sense of the word,” said Santos. “He tried to turn the game around. There is no issue with Ronaldo.”