Efforts on to kick off construction work of RRRP in August: Firdous Ashiq 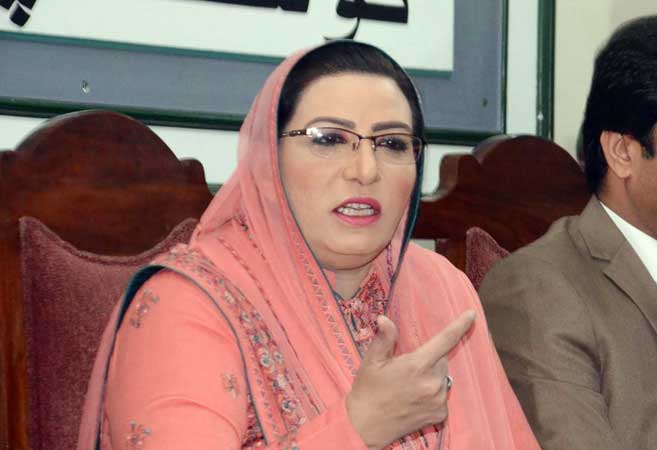 She said a meeting chaired by Chief Secretary Punjab had given approval of 38 kilometres long RRRP which would start from G.T.Road and culminate at ‘Thalian’.

She said, efforts were underway to expedite the process and kick off the construction work in August, this year.

Firdous Ashiq Awan informed that RRR Project’s inquiry is in final stages and the findings of the inquiry committee would be shared with media and the government would take action in accordance with the law against those involved in illegalities and irregularities conducted in the project.

There is a shortage of nearly two million houses in the district, she added.

RDA on the directives of Chief Minister Punjab Sardar Usman Buzdar is trying to meet the challenge of how affordable housing facilities could be provided to poor and needy people of the district, she said adding, the authority is working to launch an affordable housing society and provide relief to the deserving citizens.

Firdous Ashiq further informed that the authorities had been directed to take strict action in accordance with the law against illegal and fake housing societies.

Out of total 386 housing societies in the jurisdiction of RDA, 62 were approved projects, 60 under scrutiny process while 264 were declared illegal by the authority.

She said, 100 are nonexistent societies as they sold out the plots and deceived the citizens but did not exist.

She said, RDA as per the vision of the Prime Minister Imran Khan launched crackdown against fake and illegal housing societies and the cases were sent to the authorities concerned for legal action. 112 FIRs were lodged in respective police stations, 307 legal notices were also issued to the administration of such housing societies. Overall, the offices of 135 housing schemes were sealed by RDA.

The RDA, which was earlier facing a deficit, collected revenue amounting to Rs 559 million against the set target of Rs 259 million during the current fiscal year. The authority had saved one billion rupees during the last three years, she added.

Firdous Ashiq informed that RDA approved as many as 1300 building plans during one year under a transparent procedure.

Ammar Chowk underpass project is being completed while two other projects at Kutchery Chowk and Defence Chowk would be constructed.

She said, RDA on the directives of Chief Minister Punjab Sardar Usman Buzdar introduced reforms in the organization and the automation and digitalization proved a great facility for the citizens and ensured transparency.