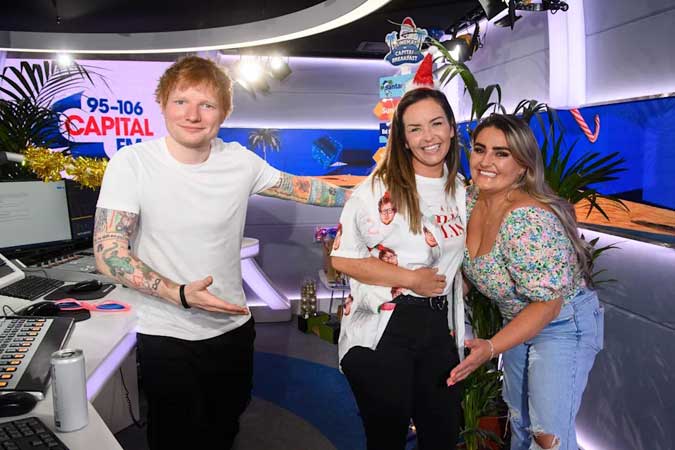 Ed Sheeran surprised an NHS nurse who had worked on Christmas day by emerging from a giant Christmas present during a live radio broadcast. Sheeran fan Nicky, from Liverpool, was being interviewed as part of Capital Breakfast’s “Junemas” celebrations, with Roman Kemp hosting listeners who missed out on the festivities last year. Having discussed her Christmas shift, which prevented her spending time with her two children, Nicky was asked if she had a question she would like to ask the singer-songwriter. “Because it has been so long, when are you going back on tour and can I have tickets please?” Nicky asked. “Probably next year and you can have as many as you want,” Sheeran replied from a box, before tearing his way out. “This is a big thank you from all of us for all your hard work. You and all the staff at the NHS, thank you so much,” said presenter Sian Welby. Sheeran and Nicky chatted before the singer offered her tickets for her and her best friend, as well as their children.