US, France must take final decisions on nuclear deal: Iran 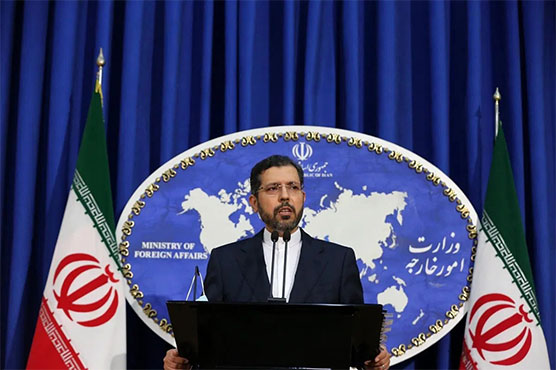 Iran on Friday said world powers must take any final decisions to revive the 2015 nuclear deal, after France and the United States suggested that time was running out.

“The opposing sides are the ones who must take the decisions,” Iranian foreign ministry spokesman Saeed Khatibzadeh said in a statement. The remarks came after French Foreign Minister Jean-Yves Le Drian and US Secretary of State Antony Blinken called on Tehran to take “difficult” decisions that could help advance negotiations to revive the accord. The 2015 deal saw Iran accept curbs on its nuclear capabilities in return for an easing of sanctions, but former US president Donald Trump unilaterally withdrew three years later and ramped up measures, prompting the Islamic republic to pull back from its nuclear commitments.

Trump’s successor Joe Biden has signalled his readiness to return to the deal and state parties — also including Britain, China, France, Germany and Russia — have lately been negotiating its revival in Vienna. But the talks have stalled in part over Iran’s insistence on the lifting of all sanctions, pointing to the promises of economic relief under the accord. “The Islamic republic never left” the accord, said Khatibzadeh. “The United States must itself take the decision to return (to the deal) and lift the illegal sanctions” imposed by Trump on Tehran, he added. On Friday, Le Drian held talks with Blinken in Paris and warned Iran that time was running out to return to the deal.

Blinken warned that the United States still had “serious differences” with Iran, which has kept negotiating since last week’s presidential election won by ultraconservative Ebrahim Raisi. “There will come a point, yes, where it will be very hard to return back to the standards set by the JCPOA,” Blinken told reporters, using the formal name of the accord. Le Drian added: “We expect the Iranian authorities to take the final decisions — no doubt difficult ones — which will allow the negotiations to be concluded.”

Iran’s President-elect Raisi on Monday said he would not allow nuclear negotiations for the sake of negotiations and ruled out meeting Biden. “Any negotiations that guarantee national interests will certainly be supported, but… we will not allow negotiations to be for negotiations’ sake,” Raisi said of the nuclear talks. “Any meeting must produce a result… for the Iranian nation,” said the 60-year-old cleric who won last Friday’s election. Blinken said in Paris that Biden still supported a return to the accord. In Tehran, Khatibzadeh said: “Our positions has never changed since the talks started in Vienna. We demand the lifting of American sanctions”.