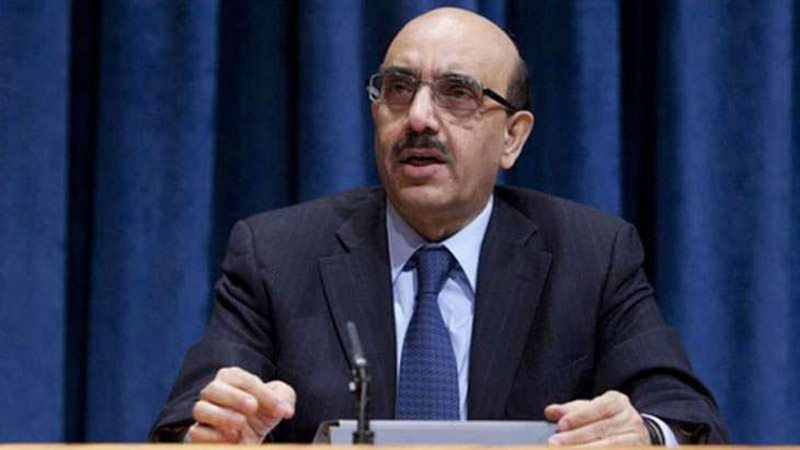 The Azad Jammu and Kashmir (AJK) President Sardar Masood Khan has said that Kashmiri leaders who went to Delhi, shook hands and exchanged pleasantries with Modi and Amit Shah have rubbed salt into the wounds of the Kashmiri nation.

“Narendra Modi’s hands are stained with the blood of innocent people whether it was the carnage of innocent Muslims in Gujrat or state-sponsored tyranny in Indian Occupied Jammu and Kashmir,” he said while speaking at a launching ceremony of a research report on “Building Sustainable Tourism in AJK”.

The ceremony organised by the University of Azad Jammu and Kashmir (UAJK) in collaboration with the Centre for Peace, Development, and Reforms (CPDR) was also addressed by Registrar of the UAJK, Dr Ayesha Sohail, Secretary Tourism, Chaudhry Imtiaz Ahmed, author of the report Prof Dr Shaheen Akhtar, Executive Director CPDR, Irshad Mehmood, Prof Dr Rukhsana Khan, and others.

Khan, while referring to the recent meeting of some of the Kashmiri leaders affiliated with the People’s Alliance for Gupkar Declaration, with Prime Minister Narendra Modi, asserted that they flock to Delhi not to get any relief for the people of IIOJK but an assurance from rulers in Delhi to get power in Srinagar.

“They must keep in mind that it was the same Modi and his criminal gang who killed thousands of Kashmiri people for demanding freedom and their inalienable right to self-determination”, he said.

The state president maintained that we are well aware of the history and past of those who were keen to shake hands with the killers of our children. These people from generation to generation have been compromising on freedom and rights of Kashmir for the lust of their power, and now they are once again out to get the lost power, he said.

“Modi will never hand over power to them and they will further lose the trust, if any, of the Kashmiri people,” President Khan said.

The AJK president said that there is no need for backdoor diplomacy or confidence-building with the killer of Kashmiri people and their children. “Will the Kashmiri people forget that 1,500 youth and children were made blind when Mehbooba Mufti chief minister (of IOJK), and similarly thousands of youth were killed and buried in unmarked graves during the regimes of Farooq Abdullah and his son Omar Abdullah,” he recounted.

Touching upon the promotion of tourism in Azad Kashmir, Sardar Masood Khan said that tourism could not be promoted in the liberated territory in the past because most areas attractive for tourists were located close to the Line of Control and were not safe for tourists due to Indian shelling.

“Now we are focusing on the construction of three different tourist corridors away from LoC and the road network and allied infrastructure is being built to make these corridors accessible for tourists,” he maintained.