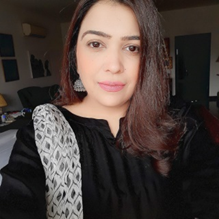 Down with the patriarchy

Womanhood, its perceived role and behaviour has been experiencing great glorification with its insidious roots in a patriarchal society. The roles of a mother-sister-daughter-wife are all entitled as the carriers of dignity and respect of a man. The concepts of ‘identity and ‘individuality’ seem irreconcilable in terms of women. The liability of honour, caregiving, compromise, sacrifices lies commodiously on a woman’s being and body.

When a newborn girl opens her eyes, the entire family instinctively plans the course of her life with a very particular set of structural expectations and roles already defined for her. In South East Asia and particularly Pakistan the milestones of achievements for men and women are very different.

The media and advertisers often perpetuate and glorify women as weak and powerless. However, awareness and such portrayals are challenged and may not be as well received as before. Women who live on their own terms is a notion most are not willing to accept. The stigmas attached to womanhood and its prescribed roles are limiting and fuel the struggle a woman goes through.

The general perception is that women require to be morally policed and kept under microscopic scrutiny. Society expects a woman to fulfil the benchmarks of being appropriate, pretty, proper, modest, polite, delicate, and selfless. These arbitrary expectations hinder women to unearth their innate potential, stranding them with only choice to conform. The notion of power and fear is deeply interlinked and those of us who do not conform are easily labeled as difficult, rebellious and disagreeable.

Society expects women to be pretty and polite. These arbitrary expectations stop women from unleashing their full potential

Patriarchy is the elephant in the room that has stripped our society of choice and the cohesive growth of all genders. The gender roles are distinctively defined with negligible tolerance of exchanging the roles. Motherhood is a beautiful experience but the weight of caregiving falls on the mother who is going through massive hormonal and emotional changes, not to mention healing from the pregnancy and birth. Many women abandon their dreams, talents, and capabilities and step on to a ‘glorified traditional women’ bandwagon. Unfortunately, this is now reflecting in the economic inclusion and gender mainstreaming of Pakistan or rather the lack of.

Even in Pakistan, the latest trend of women riding bikes is still looked upon as a taboo. These ladies ride out with fearlessness only to be bullied by the intolerant mindsets considering them unsuitable for bike riding. In contrast, the beauty of this is that it highlights the supportive and empowering families who motivate women to tread on equal grounds as men.

Men and young boys are conditioned to see women sticking to household and raising children. It’s evident, that the cultural conditioning of men and women has to be revised if we truly want to save the sinking ship.

Men refuse to adapt and learn simply because they are raised with this upbringing. During childhood, they witness their mothers bearing the burden of patriarchal behaviour inculcating the notion that this is how family units functions. In response to this conditioning, when they grow up, they repeat the same behaviour with women in their lives.

Sexism harms men and living up to toxic musicality damages their health and makes them more susceptible to violence. It is alarming that institutional gender discrimination and behaviour cost 12 trillion of the global economy according to Medical News Today.

In Pakistan, women form 48.76% of the population, nearly half of the country’s human capital. If 48.76% of these women citizens are intimidated and forbidden to grow professionally and personally how do we expect sexual violence or regression to be addressed?

This is an alarming situation where women are confined under the roof, being unaware of limitless opportunities to utilise their potential, earn for the families and contribute to the economic development of the country. The patriarchal system has fuelled the formation of a society with unequal distribution of power, leadership, opportunities, and growth. The strongholds created by patriarchy are so deeply rooted that people are reluctant to change and unlearn.

So I can’t cry

Let’s scream I am strong

So I pretend I am steel

Let me believe in the anthems

So I forget my needs

I become your demand

My cracks break me

The writer is founder of Beti, a social impact enterprise, as well as a media and advocacy professional. She can be reached at ramma.shahid @gmail.com