‘Not quite a religion’: China’s Communist Party attracts new devotees 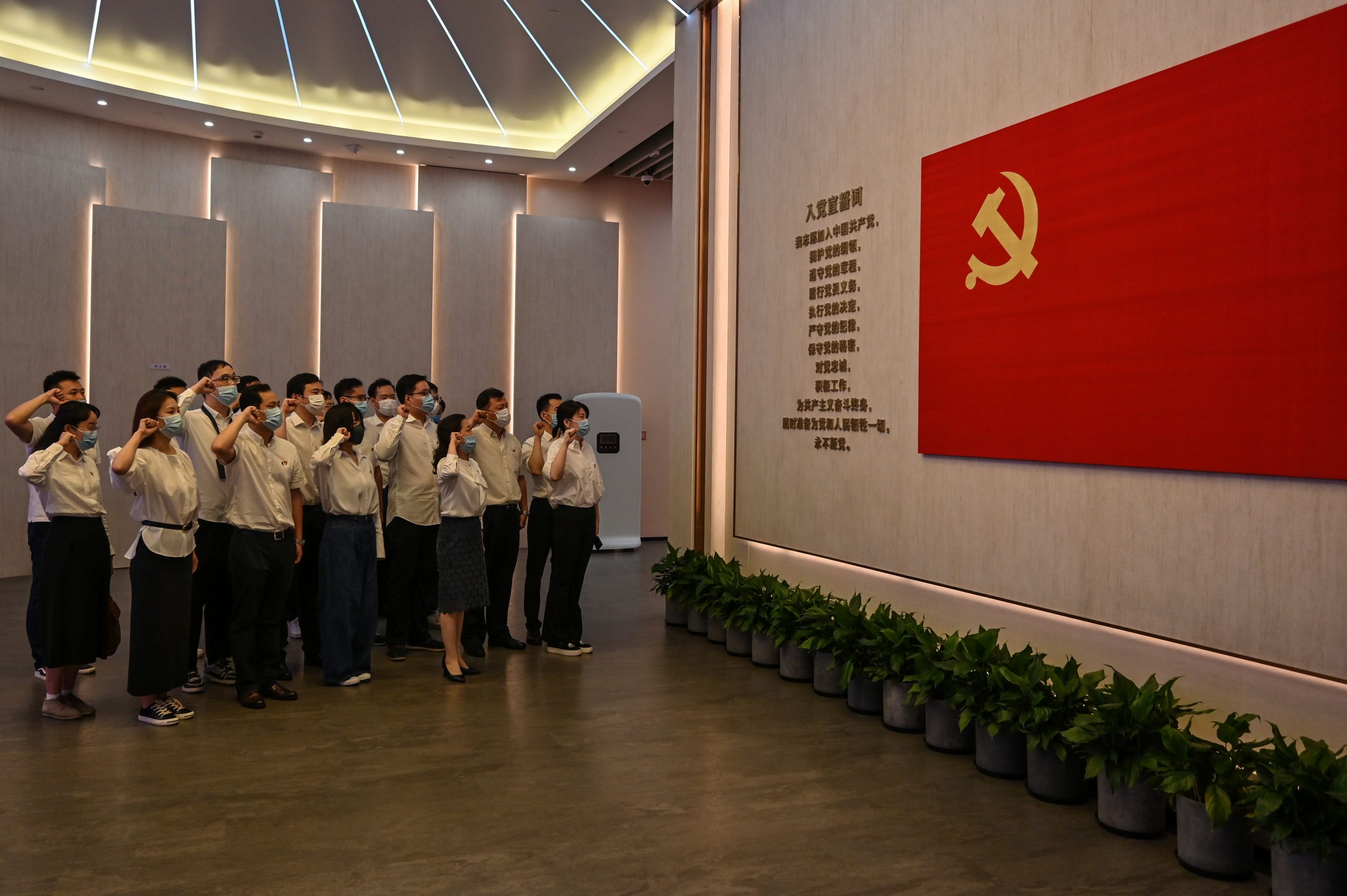 Wang Ying is young, educated and an unquestioning believer in the Communist Party’s sole right to rule China -– exactly what the increasingly conformist institution seeks as it enters a new century.

As the ruling body celebrates its 100th birthday on July 1, current members describe an increasingly cult-like atmosphere under leader Xi Jinping, propagandising successes such as its control of the coronavirus, and viewed as the only viable saviour for China. “Belief in the Party is steadfast. Perhaps not as deep as a religion like Buddhism or Christianity, but something that fosters self-discipline,” said Wang, a partial pseudonym to protect the Party member’s identity. The membership focus of the Chinese Communist Party has continually evolved, from intellectuals, to the proletariat, and welcoming entrepreneurs from the 1990s. Despite outward appearances, analysts say, it has always entertained a wide range of views on China’s direction, but that resulted in factionalism, inefficiency and corruption. Members interviewed by AFP across China say Xi has tightened criteria to weed out potential troublemakers, running it more like a private corporation. Today’s multi-layered, more than two-year application process seeks the best and brightest regardless of “class” background, they said, with a premium on youth, college educations, and spotless personal histories as the Party looks to its future.

Above all, the CCP seeks young acolytes raised on China’s recent strengths — not past mistakes –- and who possess unwavering belief in the Party. “(Today’s) young Party members are more confident, ambitious and positive,” said a 46-year-old member surnamed Song, an official at a university in eastern China. China’s past emperors ruled via the “Mandate of Heaven”, the idea that peace and prosperity bestowed divine endorsement on a particular dynasty. The Party is effectively claiming that mandate today, members say, with plenty of justification.

China emerged relatively unscathed from the pandemic due to aggressive early lockdowns, Xi has aggressively cracked down on corruption and pollution and declared this year that extreme poverty had been eliminated. Chinese prosperity and global influence have soared. These victories are being trumpeted nationwide by the Party and its members in a pre-anniversary propaganda blitz. But analysts warns of instability if Xi, now 68, were to pass away, as there is no clear successor, or if China’s already slowing economy were to dip precipitously. Xi’s rapid centralisation of power and emphasis on Party-led conformity — aided by a fast-growing and intrusive high-tech state security apparatus — also could kill the flexibility and spirit of economic experimentation that made China’s newfound strength possible. Chinese youth disillusionment is already rising with the feeling that the low-hanging economic fruits have already been plucked, and that getting ahead is becoming more difficult.

The Mercator Institute for China Studies said in a recent report that many Chinese are resigned to submit to a “party state whose digital surveillance is increasingly encroaching on people’s privacy.” “It’s a potential problem,” said Tony Saich, a Harvard University professor and author of the forthcoming “From Rebel to Ruler: One Hundred Years of the Chinese Communist Party.” “If you’re just bringing in ‘yes’ people, does that lead to atrophy over time?” Dissension exists, but increasingly only in flickers. Last year, business tycoon and former party heavyweight Ren Zhiqiang penned an essay criticising the country’s leader, without naming Xi directly, as a “clown” and “monarch” interested only in aggrandising his own power.

He was later jailed for 18 years on corruption charges.

Wang, a 29-year-old grassroots cadre in a rural eastern province who has an agriculture degree, admits that open criticism is taboo, and that Chinese have no choice other than the party. But he and others insist China is building what they call a “centralised democracy” that better suits a country which has never known the real thing. They describe instead an internal appraisal system in which cadres and officials are judged annually by peers and subordinates, ensuring rectitude.

In comments to foreign journalists, ordinary citizens routinely express strong support for the party, eagerly pointing to its recent successes. “Chinese democracy is totally different from that in foreign countries. China is a vast land, plagued with disasters, and you need a strong centralised power to manage that,” said Song. “The natural environment decides the political system.” “We had doubts (about the party) before,” Song adds. But the current trajectory “is the path most suitable for China.”

Many members, however, admit that joining the party is also a stepping stone to a better life with the potential to open doors in a hyper-competitive country. “I don’t deny that joining the Party helps you to find a job, helps you in your professional life,” said Xu Jia, a historian and party member. “But this help, in the end, is only possible if you are a competent member of the Party, who is up to the task.”