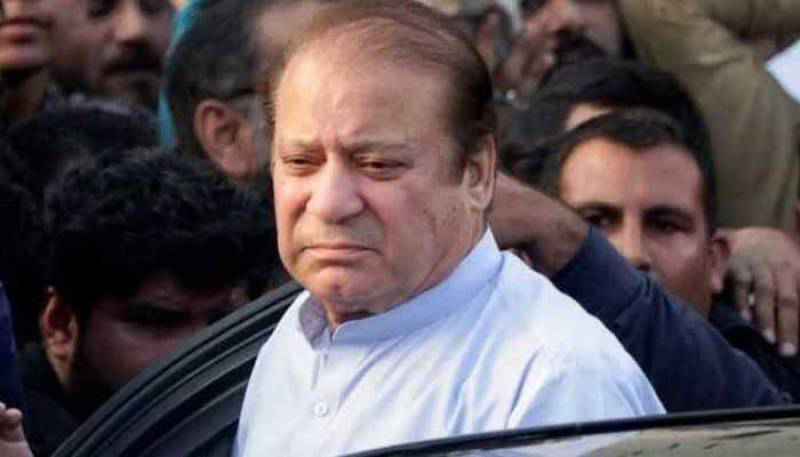 Appellant Nawaz Sharif was tried and convicted in the reference on July 6, 2018 by the accountability court judge Mohammad Bashir in the Avenfield reference and sentenced him to 10 years in prison.

On June 23, the hearing on Sharif, his daughter and PML-N Vice President Maryam Nawaz and her husband Capt (retd) Safdar Awan’s pleas was conducted by the IHC.

During the proceedings, Senator Barrister Azam Nazir Tarar, who was assisting the court, argued that the right to a hearing was protected under the Constitution.

The judgement stated, “If a convict after filing a petition becomes fugitive and does not surrender, he deprives himself of the relief claimed in the petition. Similarly, there would be no difference if he absconds after obtaining special leave to appeal, or after obtaining a bail order.”

“Mian Muhammad Nawaz Sharif, despite being on bail, proceeded abroad and did not appear before this Court and without any justification or basis, remained absent on a number of dates of hearing hence this Court was left with no option but to follow the procedure as provided in Code of Criminal Procedure, 1898 and declare him as fugitive from law,” it reads.

The verdict further stated that since the appellant is fugitive from law, hence has lost his right of audience before the court and that the court is left with no choice but to dismiss his appeal.

The judgment observed that if Nawaz returns or is caught, an application for a renewal of appeals can be filed.

A division bench of IHC announced the judgment which was reserved the last day after listening of arguments from NAB prosecutor and amicus curiae.

The court dismissed the appeals of former prime minister due to continued disappearance and after being declared proclaimed offender by the courts.