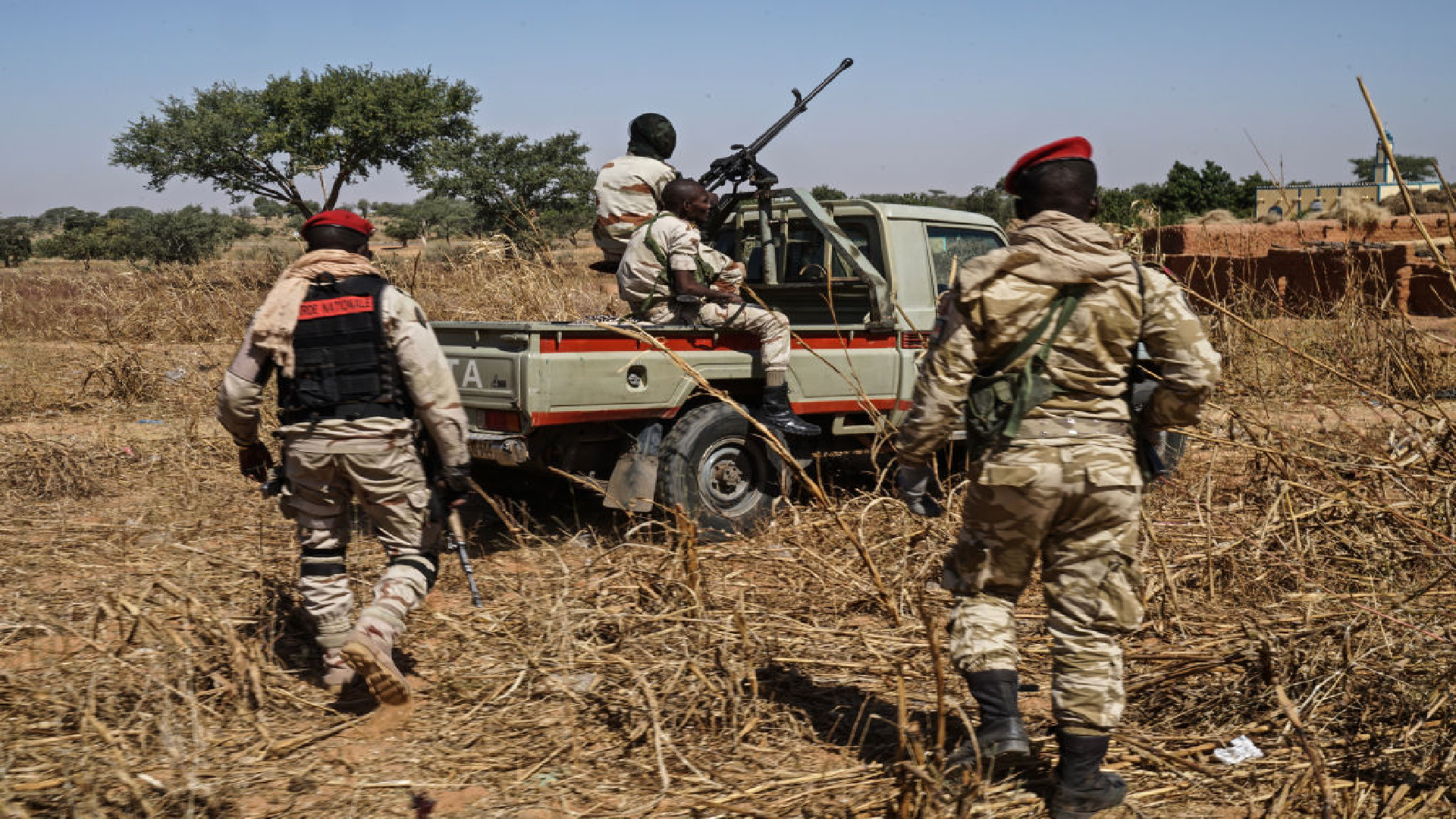 Two villagers were killed during a raid in Niger’s troubled south as troops repulsed an attack by jihadists in another area, security sources said Wednesday.

The director of a school and a retired police officer were “killed in cold blood” while sleeping in the village of Fantio Tuesday night in the southwestern region of Tillaberi, a security source told AFP. The attackers, who were riding motorcycles, took away cattle, the source added. In mid-May, during the Muslim festival of Eid, raiders killed five people and seriously wounded two others in the same village. Also on Tuesday, soldiers foiled an attack by Boko Haram jihadists in the volatile Lake Chad region, killing three of the attackers and seizing weapons, a multinational military force said. The remaining attackers fled in four vehicles following the clash in the southeastern town of Bosso, said a statement from the Mixed Multinational Force (FMM). “Three attackers were neutralised (killed) and one vehicle seized,” the force said, adding that a machinegun and three Kalashnikov assault rifles had also been recovered. The FMM is made up of soldiers from Nigeria, Chad, Niger and Cameroon.

A local lawmaker from Bosso confirmed both the attack and the toll. Rated the poorest country in the world under the UN’s Human Development Index, Niger is battling jihadist insurgences on its southwestern flank with Mali and on its southeastern border with Nigeria. The foiled raid came just two days after nearly 6,000 people who fled jihadist violence in 2015 returned home to the troubled Diffa region where Bosso is located. Diffa is home to 300,000 refugees and internally displaced people who have fled attacks by the Nigeria-based Boko Haram and its breakaway faction Islamic State West Africa Province (ISWAP), according to the UN.