How Mufti Azizur Rehman, the alleged rapist of the seminary student, was arrested? 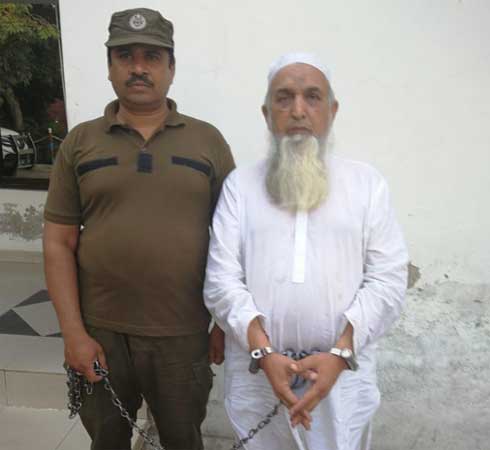 Mufti Azizur Rehman was arrested on Monday where he confessed to his crimes.

When the story of the JUI member sexually assaulting a young boy at the seminary hit the online world and spread like fire in the jungle, the main suspect Mufti Azizur Rehman first tried to be declared innocent. He came forth with his own side of the story and said that he was drugged by the boy who alleges the sexual assault, and he was unaware of the fact that he was being video taped.

The Mufti’s videos went viral on social media, igniting anger and shock within the public. When the police came into action, it was found out that he along with his sons, who were responsible for threatening the victim, had both escaped from their residence in Lahore.

According to our sources it has been revealed that Azizur Rehman was arrested from Mianwali’s Moti Mosque. The founder of this mosque is Maulana Jawad, whose brother was a student of Azizur Rehman in Lahore.

While the Mufti was hiding in the area of Kamar Mashani, he went to visit his student at the mosque, where he was later found and arrested by the police.

It has also been revealed that one of his sons had been arrested the night before, who led the police to the Mufti’s whereabouts.

It should be noted that though Mufti Azizur Rehman was a member of the JUI, he was not given any assistance by the party. The party in no way helped him escape and neither were they involved in his arrest. He was arrested solely due to his son’s arrest who revealed his whereabouts and the police reports.

JUI will be holding a meeting to announce that any member of the party involved in this case will be dealt with strictly, and action will be taken against him.

The police on Wednesday revealed that the seminary cleric has gone through a medical examination and the report will be released in a few days.