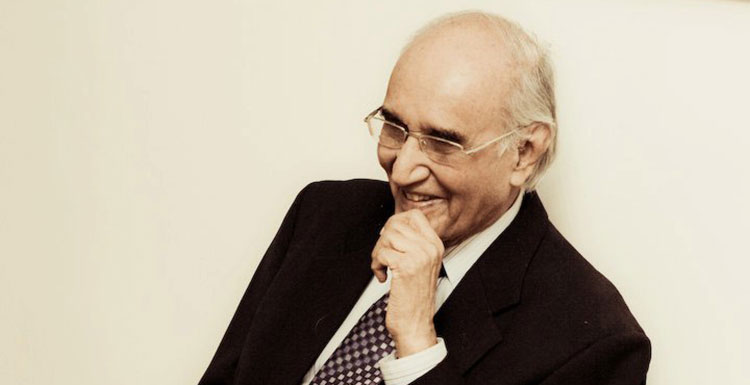 KARACHI: Arts Council of Pakistan (ACP) Karachi here on Wednesday paid tributes to highly acclaimed satire and humor writer of Pakistan Mushtaq Ahmed Yosufi, on the occasion of his 3rd death anniversary, in a ceremony here.

Expressing his view on the occasion litterateur Iftikhar Arif said, “There are many aspects of Yusuf’s personality; I shared a unique relation of love and compassion with him”. Iftikhar further added that Mushtaq Ahmed Yusufi was the greatest prose writer of Urdu literature and not just in his time but for every time.

Speaking on the occasion Dr. Fatima Hassan said “I found Yusfi to be a very good friend and a great advisor as well. The greatest virtue of his humor is that he used to make fun of himself, not others. The legendary humorist never missed the mark of humanity.”

“It was wise to call him a covenant he was indeed a covenant. He was very particular about the language respected its values,” said prof. Noman-ul-Haq.

“No one can match the mark of Yusfi’s write-ups he wrote brilliant prose of all time,” said Dr. Tariq Habib. In the year 1995, Tariq Habib wrote a thesis on the personality of Mushtaq Ahmed Yusufi later came to light in a book form. After that, he compiled a book named “Mushtaq Ahmed Yosufi: Chiragh taley se aab-e-Gham tak.”

“Mushtaq’s love for Urdu literature was worth seeing and we all know about it. It was his love towards Urdu the language that he stopped doing speeches in the English language a long time ago” said Ghazala Rizvi.