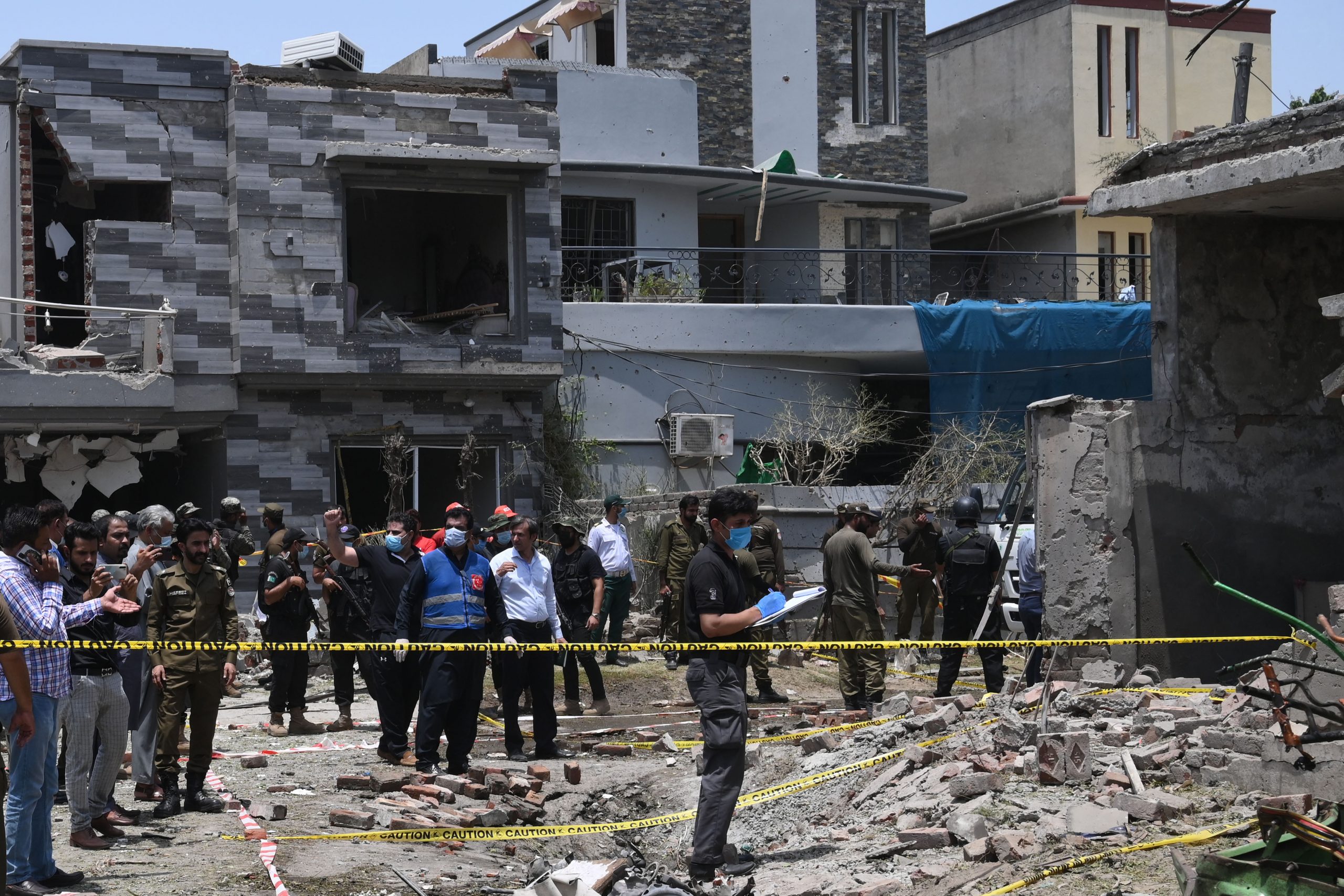 The blast happened outside a house near a checkpoint in an affluent neighbourhood, the province’s police chief Inam Ghani said. “Our assessment is that the most obvious target was the police and security forces,” he said, adding that the blast was being treated as a terrorist incident. He said it was unclear whether a vehicle was packed with explosives that were remotely detonated or if a suicide bomber was behind the blast. A spokesman for Lahore police said three people were killed and 14 wounded. Police chief Ghulam Mehmood Dogar earlier said that officers were investigating “from every angle” after acknowledging that the house of Hafiz Saeed, the jailed head of banned militant organisation Lashkar-e-Taiba (LeT), is located in the area. Footage aired by private TV channels showed mangled vehicles and rescue workers sifting through broken windows and shattered walls of the building.

Blasts in Pakistan’s major cities have become increasingly rare in recent years following a massive crackdown on militant groups in urban areas along with a string of military offensives targeting jihadist strongholds along the Afghan border.