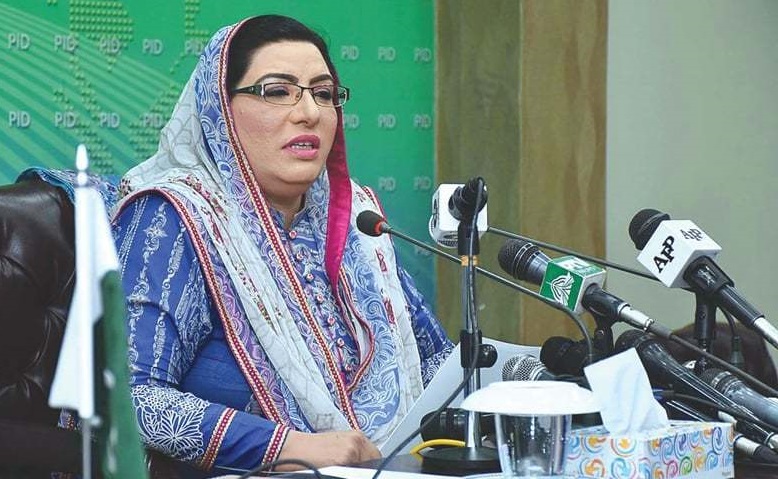 Special assistant to the Chief Minister of Punjab Dr. Firdous Ashiq Awan, made a statement on twitter saying that the opponents of PTI may dream of overthrowing the government. Imran Khan’s leadership has defeated the opposition on every front. She said that instead of moaning for their own benefit, the opposition should help the government in working for the benefit of the people.

“There is no restriction on the opponents dreaming of overthrowing the government. The government led by Prime Minister Imran Khan defeated the troubled opposition on all fronts and will still be given satisfactory treatment. The habitual opposition will weep and support the government in the public interest.”

She further said that PML-Q is an integral part of the government, saying that they’re an experienced political party and an important ally.

“Attempts are being made to bring a storm in the cup of tea at the meeting of Asif Zardari and Chaudhry Pervez Elahi. All the while dreaming of overthrowing the government, they are interpreting the meeting to satisfy their unfulfilled aspirations. The PML-Q is an experienced political party and an important ally of the PTI government.”

Pervaiz Elahi called on Zardari at Bilawal House Lahore, to thank him for supporting the unopposed senate elections in Punjab.

Asif Ali Zardari while conversing with Elahi said that the PPP chairman has been doing “good opposition” against PTI.

According to sources, Zardari has been quotes to be saying;

“You were our ally [during our tenure] and are also an ally of this government you must have seen the difference,”

He also mentioned that the PTI is making a mistake trying to intimidate the Sindh government with threats.

“making a mistake by thinking that they can intimidate the Sindh government with threats”.

“We have faced dictators and what are they?”

The PPP leader said that the party will surprise everyone in the coming general elections.

He revealed that some important people from South Punjab will be joining their party as well.

“Despite being an ally, we have, at multiple times, opposed government policies,”