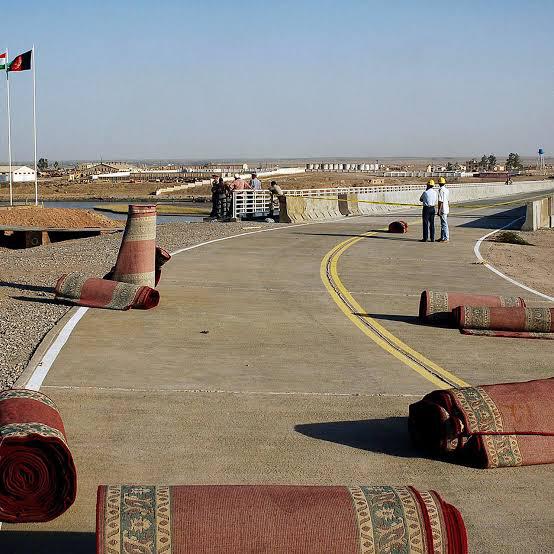 The Taliban remain in control of Afghanistan’s main crossing with Tajikistan, local officials said Wednesday, a day after the insurgents seized a vital inland transit hub and sent government forces fleeing into the neighbouring country.

The militants have launched a sweeping offensive across large swathes of northern Afghanistan in recent days, swallowing up a dizzying number of rural districts as US and international forces wind up their withdrawal from the country. Tuesday’s capture of the border hub of Shir Khan Bandar — along the key trade route to Central Asia — came as the Taliban encircled nearby Kunduz city, sparking fears the provincial capital was on the verge of falling.

“We have reports from our local staff that the Taliban have confiscated all the goods and commodities in the port, and they have destroyed the customs office,” said Massoud Wahdat, a spokesman for the Kunduz chamber of commerce and industries. A Taliban spokesperson denied that the group’s forces had ransacked the facilities. “We are working to get the port operational again,” said Taliban spokesman Zabiuhullah Mujahid.

Tajikistan’s national security committee confirmed Monday that more than 100 Afghan government forces had crossed the border as they fled the Taliban onslaught. “The Tajik border guards, guided by the principles of humanism and good neighbourliness, allowed the Afghan military who broke through the state border to freely enter the territory of Tajikistan,” said the committee, adding that four Afghan soldiers were injured and one had been killed.

Afghan government forces have vowed to launch a massive offensive to retake lost territory. However, Kunduz provincial council member Amruddin Wali said it appeared there were no plans at the moment for a government counteroffensive at the border. Since early May, the Taliban have launched several major offensives targeting government forces and say they have seized over 80 of the country’s 421 districts, although many of their claims are disputed by the government and difficult to independently verify.

The Pentagon said on Monday that it would complete its full withdrawal by September 11, but the pace of the pullout could be slowed given the Taliban’s gains.