Pakistan turned to IMF due to a deficit of billions left behind by PML-N, says Shaukat Tarin 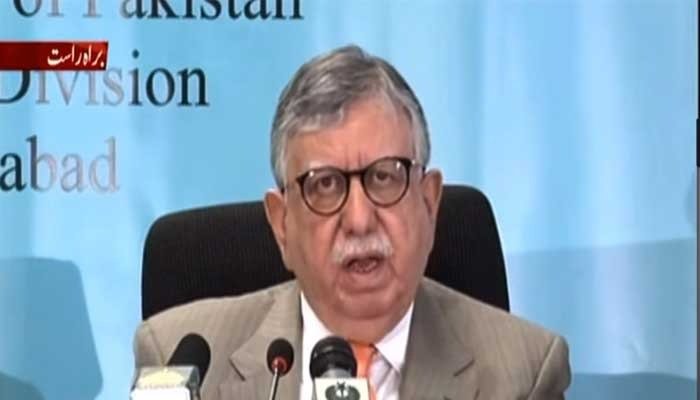 ISLAMABAD: Pakistan had to opt for a bailout programme by the International Monetary Fund (IMF) because the PML-N government left a current account deficit of more than $20 billion behind in 2018, says Finance Minister Shaukat Tarin.

He responded to allegations made against the government and how it dealt with the country’s economy ruined by members of the Opposition in the National Assembly on Monday.

Tarin reasoned that Pakistan’s economy declined because IMF had placed some conditions, including an increase in discount rate, devaluing the rupee, and increasing tariffs, when Pakistan approached it for its programme.

“This is my budget and I own it. They should know that I never tell lies,” he said, praising the capabilities of [Prime Minister] Imran Khan’s leadership and adding that it is his government that has sponsored growth in the agriculture, export and construction sectors amid the COVID-19 pandemic.

Speaking about inflation, Tarin said it currently stands at 13% and not 25% as is being claimed by PML-N.

Food inflation, he said, had increased because Pakistan did not have sufficient quantity of wheat, pulses and sugar over the years.

“Why did we not invest in the agriculture sector in the last 10 to 20 years?” he questioned, saying that international prices also impacted food inflation in the country.

He said the government had announced a constructive budget, saying the country is now moving towards growth and giving hopes to the people to materialize their dreams.

The government will focus on increasing exports, he said, saying that Chinese investors will be brought into the special economic zones so that they can help increase exports.

He said special emphasis would be laid on the construction sector which will not only generate jobs, but also support 40 industries.

Federal Minister for Economic Affairs Omar Ayub said the PML-N government had signed expensive power contracts and the country continued to bear the brunt of it in the form of capacity payments.

He said the Opposition members, instead of speaking the truth, were twisting facts. “They twist facts in order to serve their own vested interests,” he said.

He said the PML-N government played havoc with the national economy, leaving landmines for the present regime in the form of expensive LNG projects in 2017, non-feasible energy projects, fiscal deficit, current account deficit and circular debt.