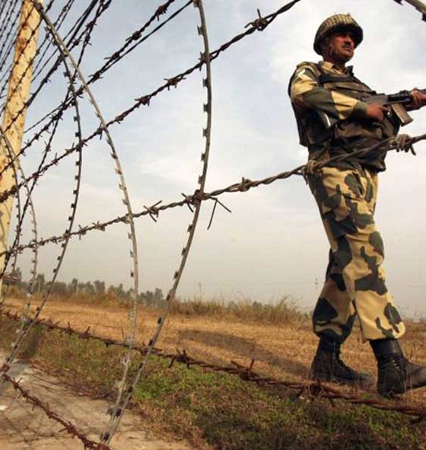 All Parties Hurriyat Conference and other Hurriyat leaders and organizations in Indian Illegally Occupied Jammu and Kashmir (IIOK) denounced the killing of three Kashmiri youth by Indian troops in Sopore saying that unwarranted killings will bring the destination of freedom closer.

APHC, In-charge Public Relations, Bilal Sidiqi in a statement issued in Srinagar expressed his deep concern over the fresh spell of custodial killings in the nook and corner of the territory, KMS reported.

He strongly condemned the gruesome killings of three more youngsters in a fake encounter carried out at Sopore by the Indian occupation forces. Denouncing the use of brute force against the freedom loving people of Kashmir, the APHC leader said that the occupation forces shielded by the draconian laws kill the subjugated people of Kashmir with impunity. These ruthless forces wearing different tags are engaged in a cut-throat competition to kill more and get more promotions plus the plundered wealth during the nocturnal military operations, the statement said.

The APHC leader urged the United Nations Council for Human Rights, Amnesty International, Human Rights Watch and International Red Cross to take serious cognizance of the prevailing gruesome situation wherein people were being killed mercilessly for the crime which they have not committed and the killers were being rewarded for the heinous crimes. He urged the world community and the UN Security Council to address the most dangerous Kashmir issue in accordance with the UN Security Council resolutions and the wishes and aspirations of the people of Kashmir and pressurize India to stop genocide and gross violation of human rights at the hands of Indian occupation forces.

Jammu and Kashmir Democratic Freedom Party (DFP) spokesman in a statement issued in Srinagar expressed grave concern over the killing spree, arbitrary arrests and persecution of civilians by Indian troops in different areas of the disputed territory.