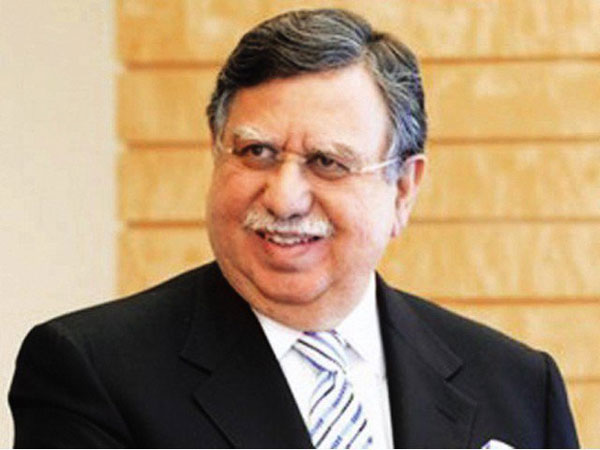 Federal Minister for Finance and Revenue Shaukat Tarin on Monday directed the provincial governments to mobilize their teams as was done by the Islamabad Capital Territory administration for strict monitoring of prices to provide relief to the common man.

The Minister was presiding over the meeting of the National Price Monitoring Committee (NPMC) which among others was attended by the Special Assistant to Prime Minister on Finance and Revenue, Dr. Waqar Masood; Secretary Finance Division, Additional Secretary Ministry of National Food Security and Research (NFS&R); Secretary Commerce, Additional Secretary Ministry of Planning, Development and Special Initiatives, Member PBS, Commissioner Islamabad, Chief Secretaries of the Provincial governments and other senior officers. “The Chair noted that prices in ICT were declining in most of the items and appreciated the efforts of ICT administration, directing that the provincial governments must also mobilise their teams in order to provide relief to common man by strict monitoring of prices,” said a press statement issued by the Finance Ministry.

The minister said that the government was fully cognizant of its responsibility regarding provision of essential items at affordable prices across the board.

Keeping in view the fact that Pakistan was a net importer of food, the government has taken all out measures to provide essential items through a network of Sahulat/Sasta Bazaars, hefty subsidies through chain of Utility Stores outlets under Ramadan Package and is taking strict administrative measures to keep prices of basic items in check.

Earlier, Secretary Finance briefed the meeting and informed that the weekly SPI increased by 0.28 percent for the week ended on June 17, 2021 after a three weeks consecutive decline. Prices of 09 items declined, 21 items slightly increased and 21 items remained stable, he said and apprised the committee about the movement of essential items during the last six weeks as well as price comparison among the provinces and ICT. Tarin highlighted the issue with the Ministry of Industries & Production regarding prices of palm oil and soybean are on declining trend in the international market but its impact on the domestic market so far has not been observed.

He directed the Ministry of Industries & Production to hold a meeting with ghee/edible oil manufacturers in order to transmit the declining trend of international oil prices to the local consumers. The government will take strict action if any obstacle is observed anywhere in the country.

Meanwhile, on the USC working plan of extending the number of USC outlets all over the country, Tarin directed the USC Managing Director to work out a detailed plan in consultation with the government for establishing USC outlets across Balochistan province at the spots where maximum consumers may benefit by the essential items at subsidized rates.

The Ministry of NFS&R gave a detailed presentation regarding the production cycle of perishable items like tomatoes, potatoes and onions along with pulses. In the case of pulses, two third of the demand is being fulfilled through imports thus there is need to build strategic reserves to ensure smooth supply, achieve price stability and reduce international dependence.

The minister directed the ministry to prepare an emergency plan for establishing cold storages and warehouses in key areas where perishable food items are produced and also explore feasible options of collaboration of Public Private Partnership model in this regard. On briefing by Chief Secretary KP about the value chain analysis of essential items, Tarin noted that there was a huge margin of profit being earned by the wholesalers who purchase from the farmers.

He directed provincial governments of Punjab, Sindh and Balochistan to present the value chain analysis of essential items in the upcoming NPMC and corrective measures to ease out price hike.

The Finance Minister was also briefed that as per international commodities’ prices comparison published by the World Bank the international price of sugar has increased by 58.3% (Year-on-Year).

Similarly, the international price of Soyabean oil increased to a whopping 119.20% in Year-on-Year comparison whereas it increased by 23.5% during the last month (April-May 2021). The COVID-19 crisis has played havoc with the international supply chain scenario and fueled food inflation all over the globe.