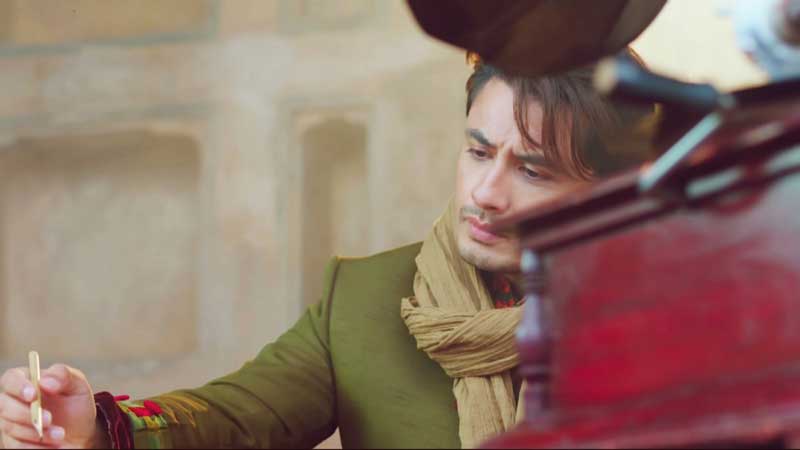 Ali Zafar, the voice behind the soul-stirring OST of ARY Digital drama serial Pehli Si Muhabbat, released an unplugged version of the hit song on YouTube over the weekend.

The exceedingly soulful unplugged version was uploaded to Zafar’s official YouTube channel on Saturday and has since managed to garner close to 417,000 views on the video-sharing platform. The video also boasts an impressive 41,000 likes on the website.

Produced under Ali Zafar’s label Lightingale Records, the song is accompanied by a serene video of Ali Zafar performing on a grand piano as he belts the song out.

Pehli Si Muhabbat marked actors Sheheryar Munawar and Maya Ali’s comeback to the small screen after working on films for the past few years.

Talking to ARY News earlier, Munawar shared why he chose Pehli Si Muhabat for his comeback, saying, “I chose this script because I found the characters in it very appealing. All the characters have been written in a very wholesome way. Every character has its own arc, its own stories.”

The drama, which premiered in January 2021, has gone on to enjoy great success with audiences and airs every Saturday at 8pm only on ARY Digital.