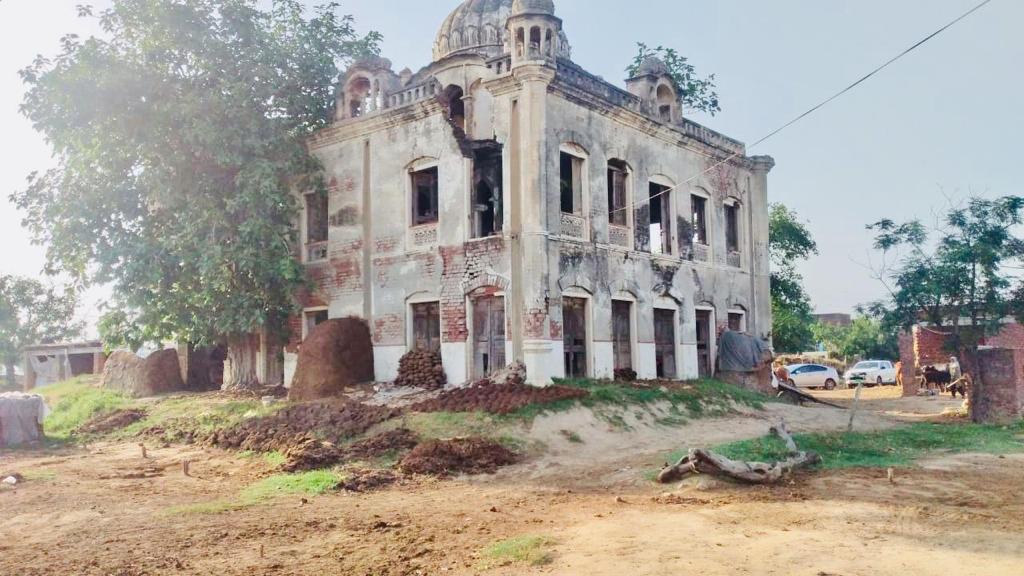 SIALKOT: The local administration on Monday got the ancient historical Gurdawara building retrieved from the influential illegal occupant and removed the cartel from the premises around the Gurdwara in Daska.

Assistant Commissioner Daska Bilal Bin Abdul Hafeez, said that the administration has chalked out a plan to rehabilitate and preserve the historical building of “NanakSar Gurdwara” in Daska in its original shape and design which would soon be opened for the Sikh community after its rehabilitation.

He said that according to the ancient Sikh history, Sikh Guru Nanak Dev Ji stayed at village Fateh Bhinder in the Daska tehsil.

This Gurdwara faced many ups and downs and local influential people had illegally occupied the building. They also tied up their cattle there besides creating encroachments around the holy place.

The local administration led by Assistant Commissioner Daska Bilal Bin Abdul Hafeez, conducted a vigorous operation and retrieved this Gurdwara building from the illegal occupants besides removing all the cattle and enchantments from there.

Assistant Commissioner Daska said that the rehabilitation work on this Gurdwara building would be started very soon to preserve this historical building in its original shape and design.

He said that the local Sikh community would be taken on board for the renovation, rehabilitation of this Gurdwara.

Sikh leader Sardar Jaskaran Singh visited the retrieved Gurdwara and examined the entire situation. He hailed the efforts to restore and renovate it.