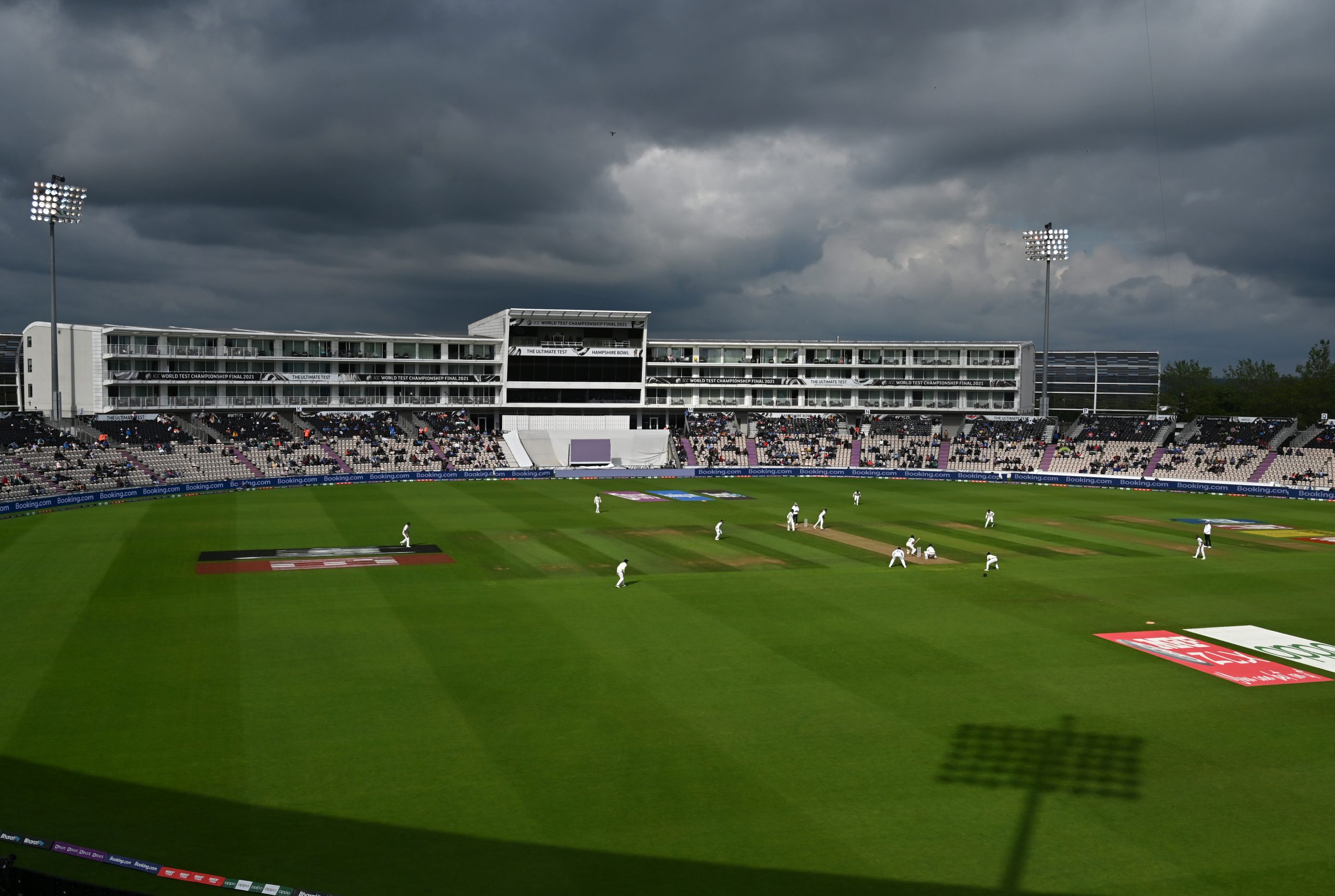 Rain once more interrupted the World Test Championship final between India and New Zealand, with a heavy downpour delaying the scheduled 10:30 am local time (0930 GMT) start of the fourth day’s play at Southampton on Monday.

Overnight and early morning rain meant the pitch and square at Hampshire’s headquarters remained fully covered. In a match where rain meant the whole of Friday’s opening day was washed out without a ball bowled, there was now a strong possibility another full day’s play could be abandoned. Match referee Chris Broad, however, has a special dispensation to extend this final into a sixth day — men’s Tests now usually only last a maximum of five days — if he feels that will compensate for time lost in the game.

An absorbing day of high-quality cricket on Sunday, cut short by bad light despite the floodlights being on full beam, ended with New Zealand 101-2 in reply to India’s first innings 217 — a deficit of 116 runs. New Zealand’s Kyle Jamieson took an impressive 5-31 in 22 overs — the towering paceman’s fifth five-wicket haul in just eight career Tests.

Blackcaps opener Devon Conway fell for 54 two balls before the close. It was his third score of over fifty in just five Test innings following the 29-year-old left-hander’s stunning 200 on his debut against England at Lord’s this month. India, as New Zealand had done after winning the toss, bowled well in helpful conditions with fast bowler Ishant Sharma having figures of 1-19 in 12 overs at Sunday’s close and off-spinner Ravichandran Ashwin 1-20 in 12.

This match, the culmination of the inaugural World Test Championship that has spanned two years of series between the leading Test nations, is worth $1.6 million to the winners and $800,000 to the runners-up.