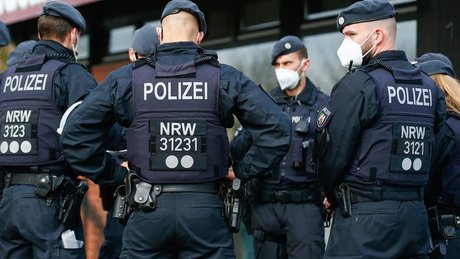 German federal prosecutors said Monday they had arrested a Russian scientist accused of passing sensitive information from a German university to Moscow in return for cash.

They said in a statement the suspect, identified only as Ilnur N., had been taken into custody on Friday on suspicion of “working for a Russian secret service since early October 2020 at the latest”. Ilnur N. was employed until the time of his arrest as a research assistant for a natural sciences and technology department at an unnamed German university. Federal prosecutors believe he met at least three times with a member of Russian intelligence between October 2020 and June 2021. On two occasions he allegedly “passed on information from the university’s dominion”. He is suspected of accepting cash payments in exchange for his services. German authorities searched his home and workplace in the course of the arrest.

The suspect on Saturday appeared before a judge who remanded him in custody. The case comes at a time of highly strained relations between Russia and Germany on a number of fronts including the ongoing detention of Kremlin critic Alexei Navalny, who received treatment in Berlin after a near-fatal poisoning. Chancellor Angela Merkel’s government has also worked to maintain a sanctions regime over Moscow’s annexation of the Crimean peninsula, the scene of ongoing fighting between pro-Russia separatists and local forces.

However despite international criticism, Berlin has forged ahead with plans to finish the Nord Stream 2 pipeline, set to double natural gas supplies from Russia to Germany.