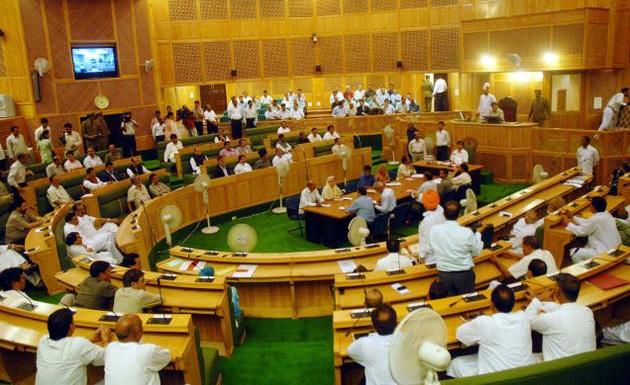 In Mirpur district prominent among those who have filed their nomination papers so far includ former Prime Minister of AJK and the PTI’s nominee Barrister Sultan (PTI), his closest rival Ex minister Ch. Saeed candidate of the PML-N from LA-3 City Constituency and sitting AJK minister Ch. Muhammad Rukhsar, the PML-N candidate from Mirpur LA-4 (Khari) constituency filed their nomination papers to the respective returning officers by Saturday – June 19.

Elections to all 45 constituencies of the 53-seat AJK Legislative Assembly including 33 constituencies and 12 reserved seats for Pakistan-based Jammu Kashmir refugees will be held on direct adult franchise basis in a fair, free and transparent manner.

Four new constituencies have been created in AJK State.

Final list of the eligible candidates will be issued on the 3rd July, AJK Elections Commission sources told APP here on Saturday.

Scrutiny of the nomination papers will be held on 22th June from 8.00 am till completion of the process of the scrutiny.

Appeals against acceptance or rejection of papers would be received on 27th June and their hearing will be held on 28th and 29th June. Decisions on these appeals will be announced on 30th June and July 1. He said the candidates could withdraw their nomination papers on 2nd July. The final list of candidates would be displayed on 3rd July and electoral symbols would be allotted on July 4.

There are 2,817,090 registered voters for 33 seats of Azad Jammu Kashmir ‘s all ten districts. A total of 4,024,41 registered voters will be entitled to exercise their right to franchise for Pakistan-based refugees’ 12 constituencies.

Meanwhile, the Chief Election Commissioner has imposed a complete ban on promotion, transfers of government employees and put a ban on new schemes, inauguration or foundation stone laying ceremonies of new development schemes.

The CEC has also issued a comprehensive code of conduct for all stakeholders including the candidates, their supporters and voters besides all other AJK governments and autonomous functionaries. Since soon after the announcement of the general Elections – 2021 schedule in Azad Jammu Kashmir by the AJK Election Commissioner on Thursday last the election campaign by the prospective contestants including candidates of various political parties as well as independents and their supporters is getting momentum with the passage of time but in absolutely peaceful atmosphere with an immense enthusiasm across Azad Jammu Kashmir.

When contacted on Saturday the law enforcement agencies including the AJK Election Commission sources confirmed to this news agency that since the impending candidates were being found strictly observing the code of conduct at the initial stage of their elections campaign which seemed to be gaining momentum but in an absolutely peaceful environment.