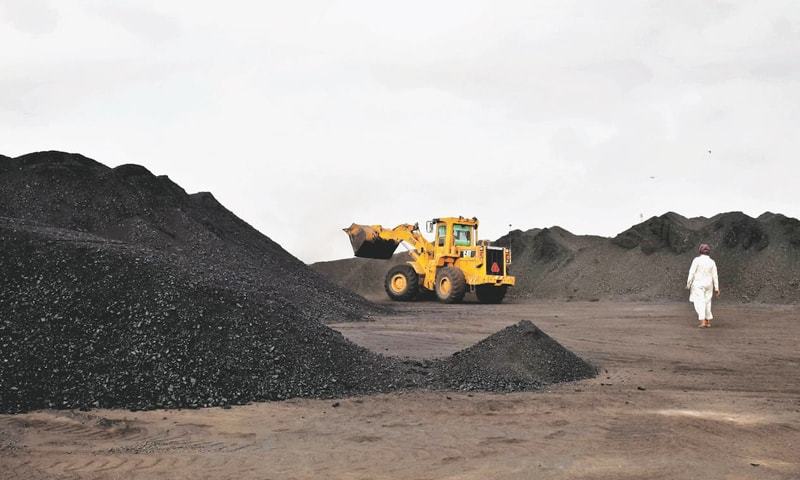 MITHI: Bhave Jo Tar, a village of the Kolhi community, located in Islamkot, has been virtually under the siege of Chinese coalmining companies, as they have placed barbed-wire fencing around the village.

“There are 170 households of the Kolhi community settled on seven to eight acres of land in Bhave Jo Tar village who all are landless peasants and farmers. Their fields are now owned by various coalmining companies and pastured lands are covered by Shanghai Plant and Sino Sindh Resources Private Limited.

The mining companies have placed barbed-wire fences around their houses which has disturbed their social life,” Advocate Veerji Kolhi, Special Assistant to Chief Minister Sindh on Human Rights, stated in a letter to the Chief Minister dated June 10, 2021.

Mr Kolhi informed Chief Minister Sindh Murad Ali Shah that he had visited the protest camp of the residents of the village and listened to their concerns.

“Two main roads – Islamkot to Thar Coal Road and Nagarparkar Main Road, have covered both sides of the village while the other two sides are covered by the Shanghai Plant and Sino Sindh Private Limited,” he stated.

The Special Assistant also informed that last year, the villagers held protest demonstrations for three months after which the Assistant Commissioner, Mukhtiarkar and representatives of mining companies visited the village and filled the survey forms.

“The concerned MNA and MPA had also visited the protest camp of affected villagers assuring them of redressing their grievances, but then never contacted,” he said and added that “now the villagers are again protesting since the last 22 days in the village.”

Veerji Kolhi requested the Chief Minister for issuing orders to the revenue department to relocate the affected village to any other suitable place in Taluka Islamkot where they can get all the basic facilities of life. He had also attached a list of the 170 households and the owners.

Syed Murad Ali Shah has forwarded the application to the Senior Member Board of Revenue for necessary action on June 15, 2021.