Bhootanis say tribal values must be upheld, criticize hurling of shoe at CM 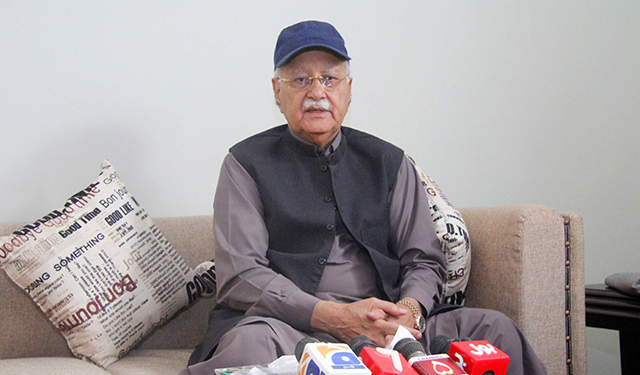 Former Minister for local government Sardar Muhammad Saleh Bhootani and MNA Muhammad Aslam Bhootani have strongly criticized the incident in which a shoe was thrown at Chief Mnister Jam Mir Kamal Khan Alyani while he was entering the provincial assembly on Friday.

They said that we also belong to the opposition, however, we condemn this act because it goes against our tribal values. It is highly disrespectful and opposition leaders should not allow their supporters to carry out such acts.

They added that protest is a democratic and constitutional right of the opposition but the opposition leaders should ask their supporters to uphold their tribal values and treat tribal elders with honour and respect even if they disagree with their policies.