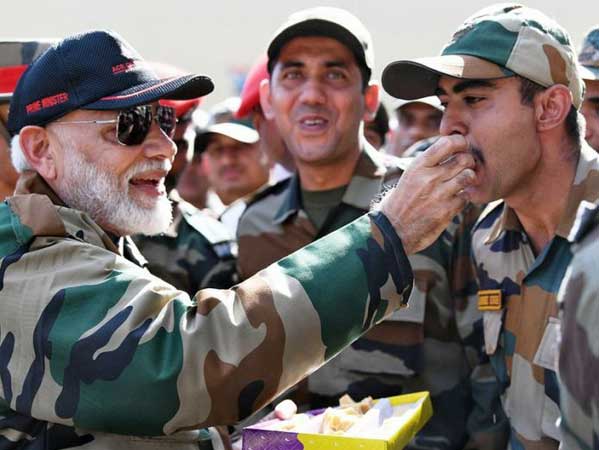 In total contrast to its projection as a well-knit force, the Indian armed forces suffer a plethora of administrative and policy issues as Narendra Modi’s regime was just focused to use it as fodder for gaining political mileage and maligning Pakistan.

Starting from being exposed in post Pulwama scenario against Pakistan and Laddakh against China, the military’s humiliation has seriously dented its international repute as well as confidence that West reposed in Indian armed forces to act as counter weight to China.

In fact, India, aligned with its inimical policies, continues endeavours to malign Pakistan armed forces instead of reviving the image of its own military which had had the highest despicable welfare standards of troops.

Besides facing embarrassment after the media exposed tall claims of “surgical strike” in Pakistan, around 0.9 million – one soldier on 14 Kashmiris – deployed forces could not suppress Kashmir freedom struggle which manifested the lack of faith in the cause.

The professionalism in Indian armed forces has also been compromised owing to lack of cohesion within armed forces involving squabbling of funds and preferential promotions based on religion and support to Hindutva ideology.

As per details only 2% Muslims serving in armed forces against their population of 14% with promotion frozen till Colonel. The intelligence community has barely any Muslim representation in a country that portrays itself to be epitome of secularism.

The questionable transparency and lack of welfare of troops has widened the gap among officer and lower cadre. The prolonged deployment, humiliation by seniors, undignified treatment of soldiers and substandard food is acting as a catalyst in deterioration of cohesion and professionalism. Moreover, India has also one of the poorest flight safety record in the South Asian region.

Due to the very reasons, the Indian armed forces have the highest suicide rate in South Asia while female harassment and abuse remains an ill in which is a spillover of social signature as India regarded as rape capital of the world.

The scams of Rafael deal and military housing project are also the manifested that the institutionalized corruption remains a legacy of Indian armed forces.

Not merely professionally, rather the Indian armed forces are also at low ebb of moral morality for having gained the notoriety in using rape as a weapon of coercion like Indian Illegally Occupied Jammu and Kashmir. Even Indian UN peacekeepers were found guilty of gold smuggling from Congo.

Even the Modi regime also used Indian armed forces as a terror force against minorities like Golden Temple, Charrar-e-Sharif and IIOJK.