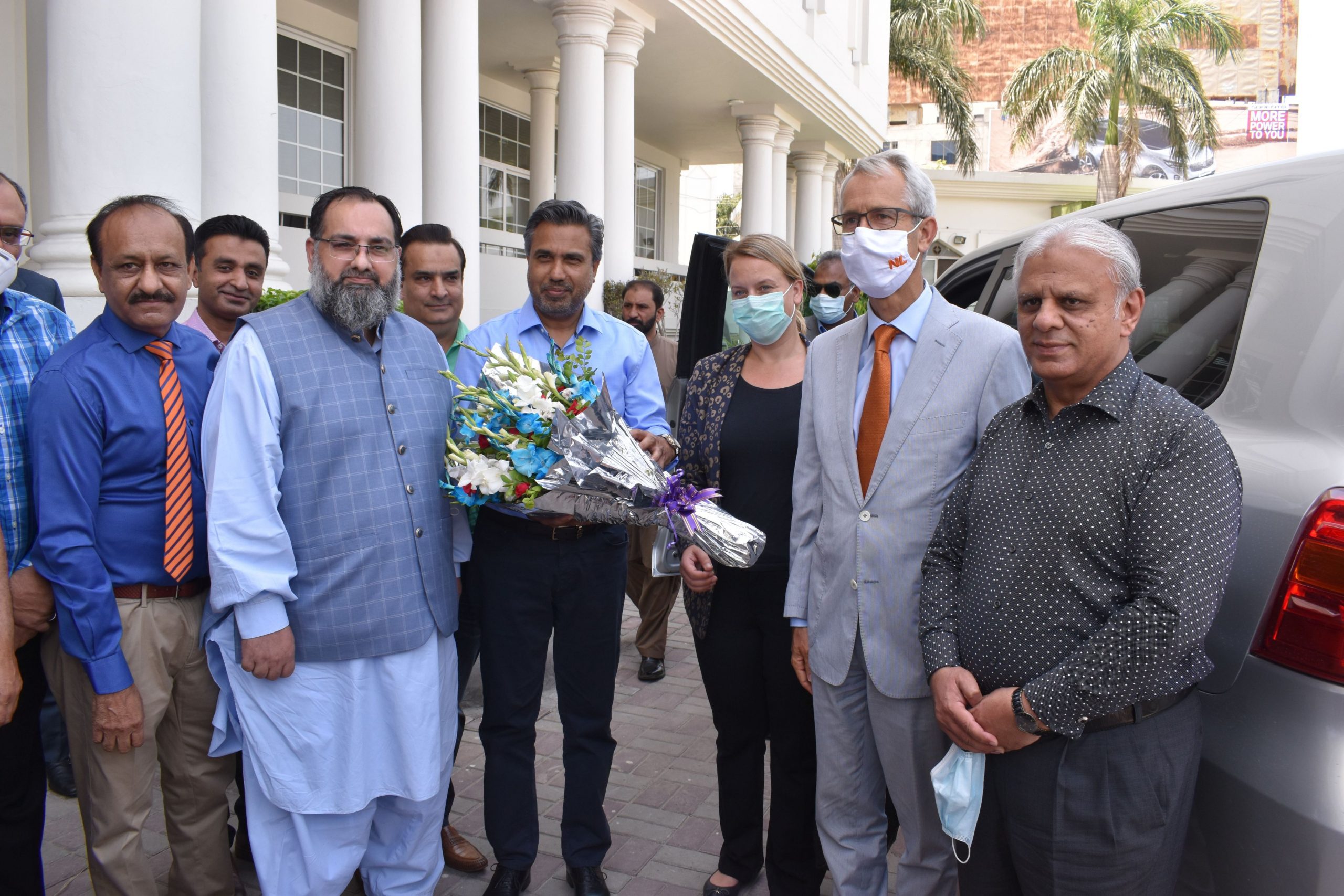 He stated this while addressing an important meeting of the Sialkot exporters held at Sialkot Chamber of Commerce and Industry (SCCI) here today. SCCI President Qaisar Iqbal Baryar presided over the meeting. SVP Khuttam Aslam Butt and former SCCI Presidents were also present on this occasion.

Ambassador also assured his full cooperation to ensure the easy access of Sialkot exporters to the international trade markets of Netherlands and European Union (EU).

Dutch Ambassador visited several leading industrial units in Sialkot and he said that there were bright opportunities to develop the business-to-business contacts between the businessmen of both Pakistan and Netherlands as well.

Ambassador of Holland in Pakistan urged the Sialkot exporters to come forward and tap and explore the untapped international trade markets of Holland to promote the strengthened bilateral trade between Pakistan and Holland.

He said that Holland was keen to develop its strengthened mutual trade ties with Pakistan, saying that Holland could play a pivotal role for Sialkot exporters , besides assuring the easy access of Sialkot-made export products to Holland and to Europe through Holland.

He stated this while visiting leading Industrial units in Sialkot here today.

The Holland Ambassador said that Holland was very keen to enhance the mutual bilateral trade ties with Pakistan, besides, finding out trade and business opportunities with Pakistan and setting up several joint ventures in different trade fields in Pakistan.

The meeting was told that both Pakistan and Holland had always enjoyed friendly ties built upon mutual respect.

Both Pakistan and Holland are committed and making joint efforts towards the promotion of bilateral relations especially the trade.

Chief Coordinator of PRGMEA Ejaz A Khokhar revealed that there was a huge potential to increase this volume of trade. Both sides need to ponder on developing a strategy for bringing improvements.