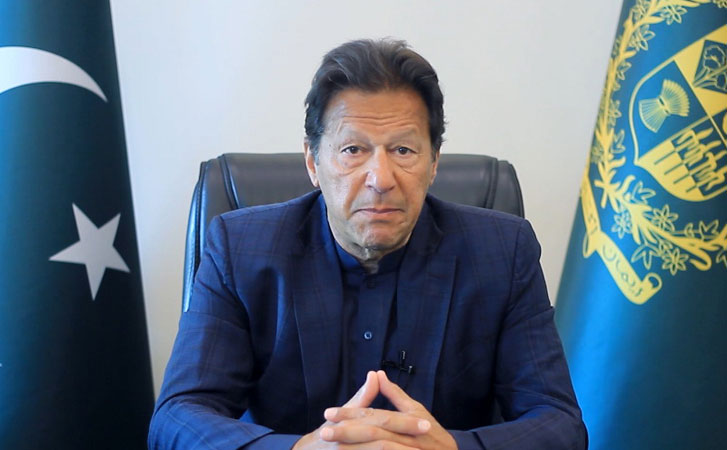 DASU: Prime Minister Imran Khan on Friday said the construction of water reservoirs in the country was vital to meet the impending challenges of water shortage and power generation.

In his interaction with the workers including foreign engineers during his visit to the construction site of Dasu Dam, the prime minister expressed satisfaction over the pace of ongoing work and lauded their efforts towards completion of project.

The prime minister said completion of Dasu Dam would ensure cheap and clean electricity and would ease the burden on consumers.

The project would usher in a new era of socioeconomic development in the country, he added.

The Phase I of Dasu Dam will complete in 2025 and start supplying 2160MW to the national grid. After the completion of Phase II in 2029, the capacity of the dam will be increased to 4320MW.

Under Prime Minister Imran Khan’s vision for power sector reforms and better use of the country’s water resources, the workload at the Dasu Dam has been enhanced.

The purchase of land for the dam has been finalized and the construction of dam is continuing in compliance with the SOPs despite the coronavirus situation.

In a tweet, he said Prime Minister Imran Khan would review the progress in the Dasu Hydropower Project being constructed upstream the Indus River in Upper Dir district, Kohistan district, Khyber Pakhtunkhwa.

The total power generation capacity of Dasu Hydropower Project is 4320MW and would be completed in two phases.

He said the project would inject Rs12 billion unit cheap and environment-friendly power in the national grid, besides creating 8,000 jobs.