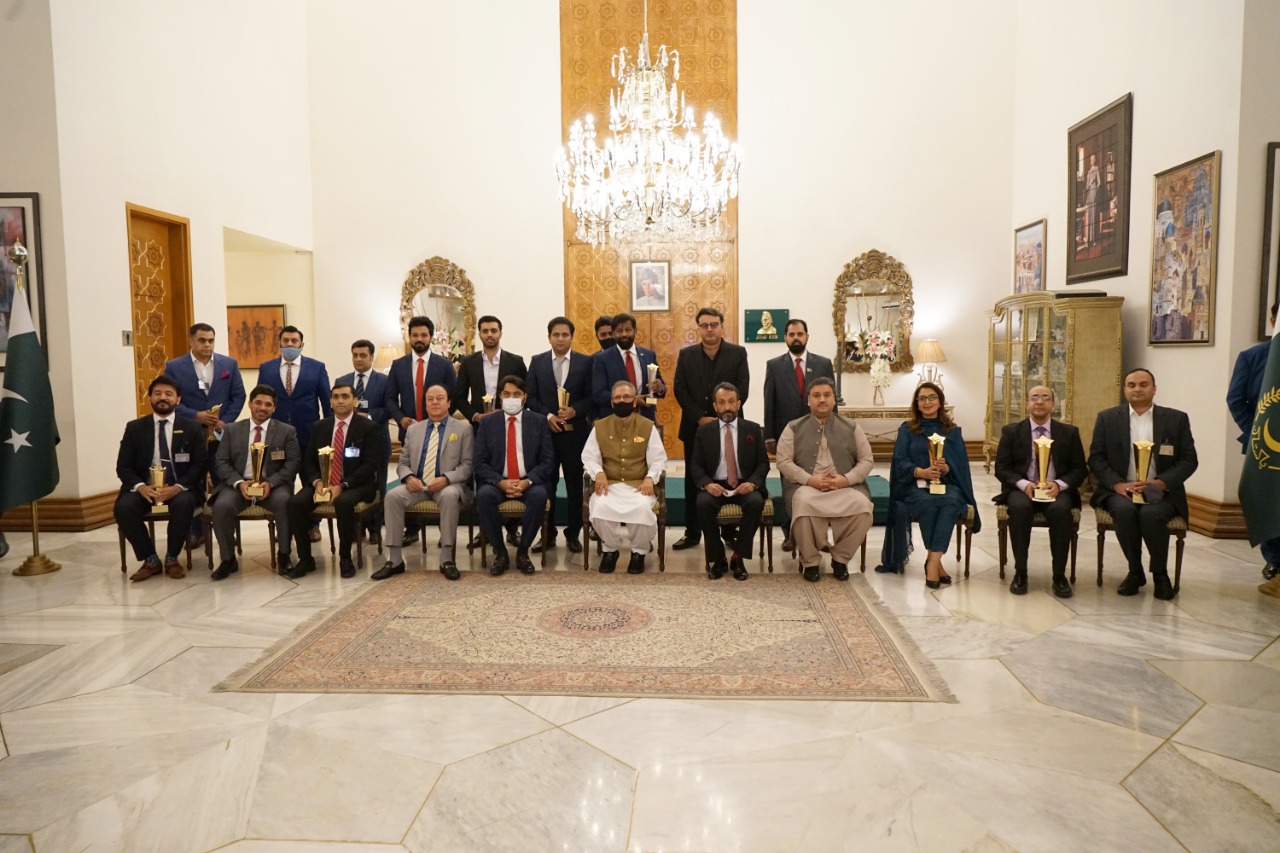 LAHORE: Thirteen top companies have received the 1st IT Awards of the Lahore Chamber of Commerce & Industry (LCCI).

Speaking on the occasion, President of Pakistan Dr. Arif Alvi said that promotion of information technology and digital communication lead economic development of the country. IT sector of the country has a great potential and the present government is focusing on its development.

Underscoring the need for the training of IT graduates and youth to boost their skills to meet the country’s IT requirements, Dr. Arif Alvi said that the IT sector of the country has the potential to boost IT exports up to $5 billion by 2023.

Dr. Arif Alvi said that information technology and digital communication have always been vital but importance of these has been multiplied during the COVID-19 era.

LCCI President Mian Tariq Misbah said that the prudent economic policies of the government have taken us out of the trap of negative growth rates and enabled us to grow by almost 4% in 2020-21. He hoped Pakistan will be able to achieve the growth rate of 6-7% in next 2-3 years as envisaged in the Federal Budget.

He said it is a proven fact that all those countries who gave key importance to IT sector have experienced growth in their economies and businesses, leading to more jobs, higher levels of innovation and better efficiency in their governance systems. Businesses around the globe are capitalizing on opportunities emerging from digitization, such as supply chain efficiency, enhanced production quality and lower transaction costs which facilitates the creation of adequate value added goods and services in the economy.

Mian Tariq said that both the government and private sectors need to join hands to stimulate growth in this sector. It is encouraging that in this federal budget, the government has incentivized the IT industry by giving tax exemptions to the IT Companies for the sake of motivating them to become an active part of Special Technology Zones.

He added that exports hold great importance for Pakistan’s economy as they are the main source of revenue generation and maintaining balance of payments stability etc. It must be a matter of concern for all of us that Pakistan’s IT exports have not even crossed $1.5 billion so far.

The LCCI Vice President Tahir Manzoor Chaudhry said that IT exports of our neighbouring countries have surpassed $130 billion whereas all the emerging economies are especially utilizing information technology services to enhance their exports. We have no choice but to follow the similar path to exploit the enormous potential of IT exports.

Dr. Arif Alvi and LCCI President congratulated the winners of LCCI IT Awards who have excelled in the provision of outstanding services to both the domestic and international clients and also won laurels for the country in these challenging economic times.

Convener Standing Committee Muhammad Haroon Arora highlighted aims and objectives of the LCCI 1st IT Awards. He said that the Lahore Chamber of Commerce & Industry is making all out efforts to promote Information Technology.