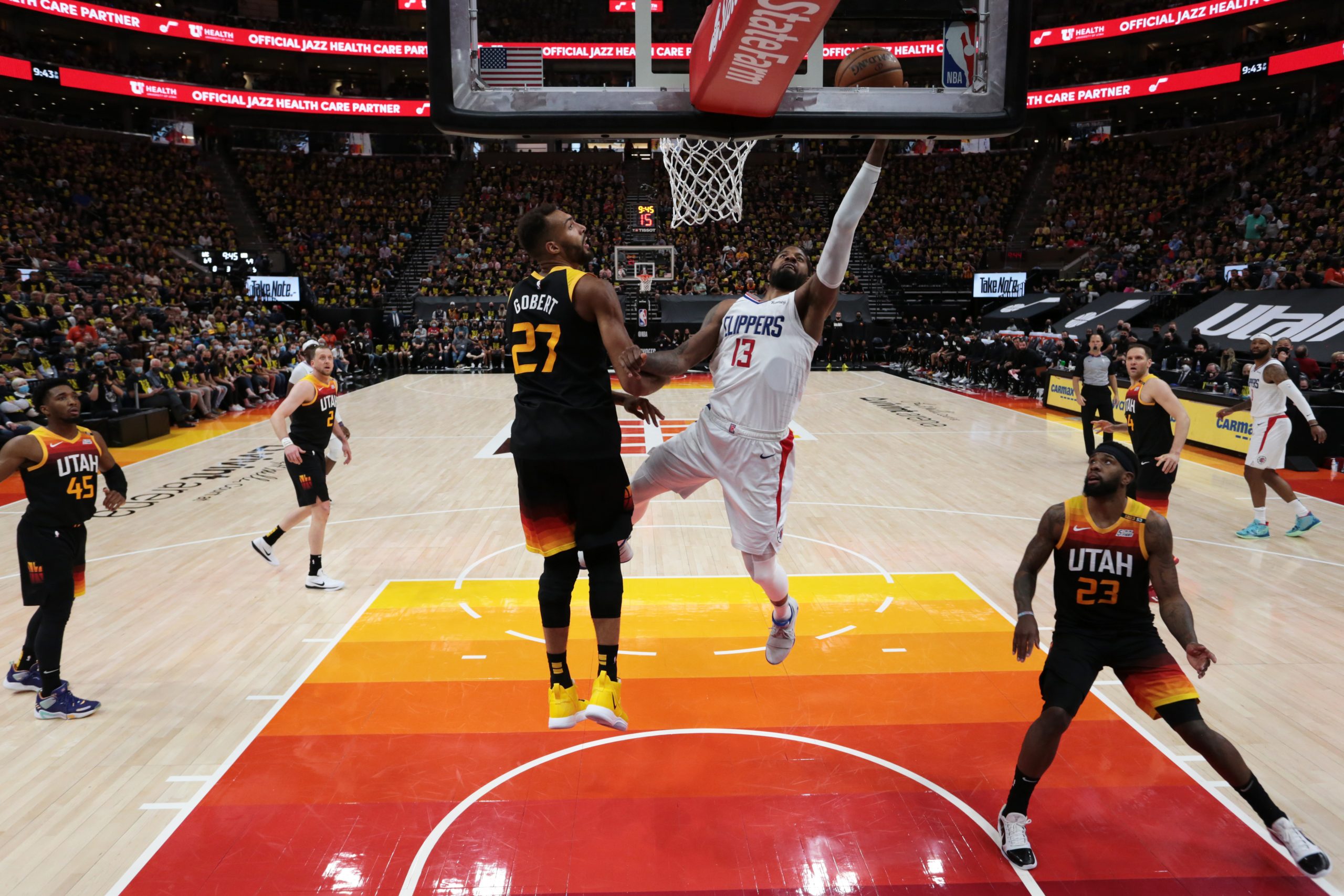 The top-seeded Philadelphia 76ers and Utah Jazz were left on the brink of elimination from the NBA playoffs on Wednesday as the Atlanta Hawks and Los Angeles Clippers notched against-the-odds victories on the road.

In Philadelphia, Trae Young scored 39 points as Atlanta overturned a 26-point second-half deficit to lead the Hawks to a 109-106 defeat of the Sixers in their Eastern Conference semi-final clash. The Clippers — rocked by an injury to star Kawhi Leonard earlier Wednesday — then toppled the Utah Jazz in Salt Lake City by 119-111 to seize a 3-2 lead in their best-of-seven Western Conference series. The results left the Sixers and Jazz one defeat away from elimination as they prepare to travel to Atlanta and Los Angeles for their respective game sixes. Encouraged by a raucous home crowd, the Sixers appeared to be poised to claim a 3-2 advantage against the Hawks as they raced into a big lead in the second half. But a magnificent Atlanta offensive performance led by Young saw the Hawks steadily chip away at the deficit. Young nailed a floater to cut the Sixers’ lead to 104-102 before drawing a foul to earn three free throws which he promptly drained to give the Hawks their first lead of the game at 105-104 with 1:26 remaining.

Danilo Gallinari’s fadeaway put Atlanta 107-104 ahead and the Sixers’ fate was sealed when Joel Embiid missed two late free throws that could have put Philadelphia back within striking distance. The Hawks can clinch a series victory in front of their home fans on Friday when game six heads back to Georgia. “We just kept fighting,” Young said afterwards. “We have confidence in each other. We’re a great group, good to be around.

“We all love you to each other’s company and it shows on the court and we never stopped believing until the final buzzer.”

That belief has left the fifth-seeded Hawks now on the brink of a place in the Eastern Conference finals, a remarkable turnaround for a team that axed head coach Lloyd Pierce on March 1. Philadelphia, who piled on 38 points in the first quarter alone, were led by Embiid with 37 points while Seth Curry had 36 points. No other Philadelphia player made double figures. “We struggled down the stretch,” Sixers coach Doc Rivers said. n”We scored 19 points, and gave up 40. It’s on us, it’s on all of us, it’s on me. We have to figure out how to get back up — which we will — and bring this series back here for a game seven.” In Salt Lake City, Paul George was the hero as the Clippers stunned the Jazz to move within one win of the Western Conference finals.

The Clippers’ day began with news that Kawhi Leonard faces missing the remainder of the series — and possibly the postseason — after suffering a knee injury in game four. But George responded with a masterful 37-point display which included 16 rebounds and five assists. Marcus Morris added 25 points while Reggie Jackson chipped in with 21. “This was the biggest game of the postseason, especially being down our best player,” George said afterwards. “We knew coming into this, we had to play together, we had to step up. We did a great job playing collectively.”

George praised his teammates for soaking up an early barrage from Utah, who opened up a 10-point lead in the second quarter. “We didn’t overreact,” George said. “They came out hot. Good thing about it was we were able to weather the storm.” The series now returns to Los Angeles on Friday, where a win for the Clippers will see Utah eliminated. “We just got to go into it with the mindset that we don’t want to come back to Utah,” George said.