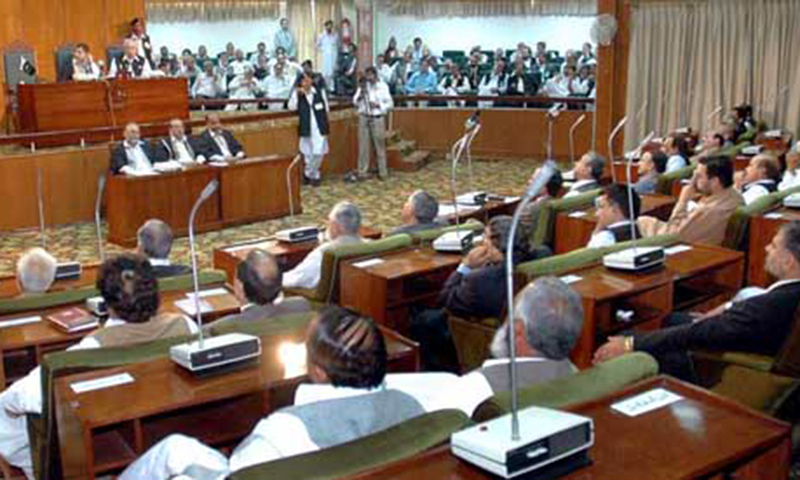 The AJK Legislative Assembly met in the State metropolis on Wednesday with Speaker Shah Ghulam Qadir in the chair.

After this the budget session was adjourned sine-die without assigning any strong, justified and solid reason.

Earlier Azad Jammu Kashmir cabinet, which met in the State capital town Wednesday afternoon with the State Prime Minister Raja Farooq Haider Khan in the chair, could not give formal approval to the budget summary for onward moving to the floor of the house [AJK Legislative Assembly] for presentation.

This year, it was the last budget of the incumbent PML [N]-led Azad Jammu Kashmir government of Prime Minister Raja Farooq Haider Khan – which is completing its current five-year constitutional term on July 24 this year.

Next government in Azad Jammu Kashmir will be formed after scheduled general elections to the State Legislative Assembly to be held on 25th of the next month of July.

According to sources, the development budget has been increased by 14% over the previous financial year and foreign aid projects worth Rs 2 billion have also been included. The budget proposes to allocate Rs 10 billion for the transport and communication sector.