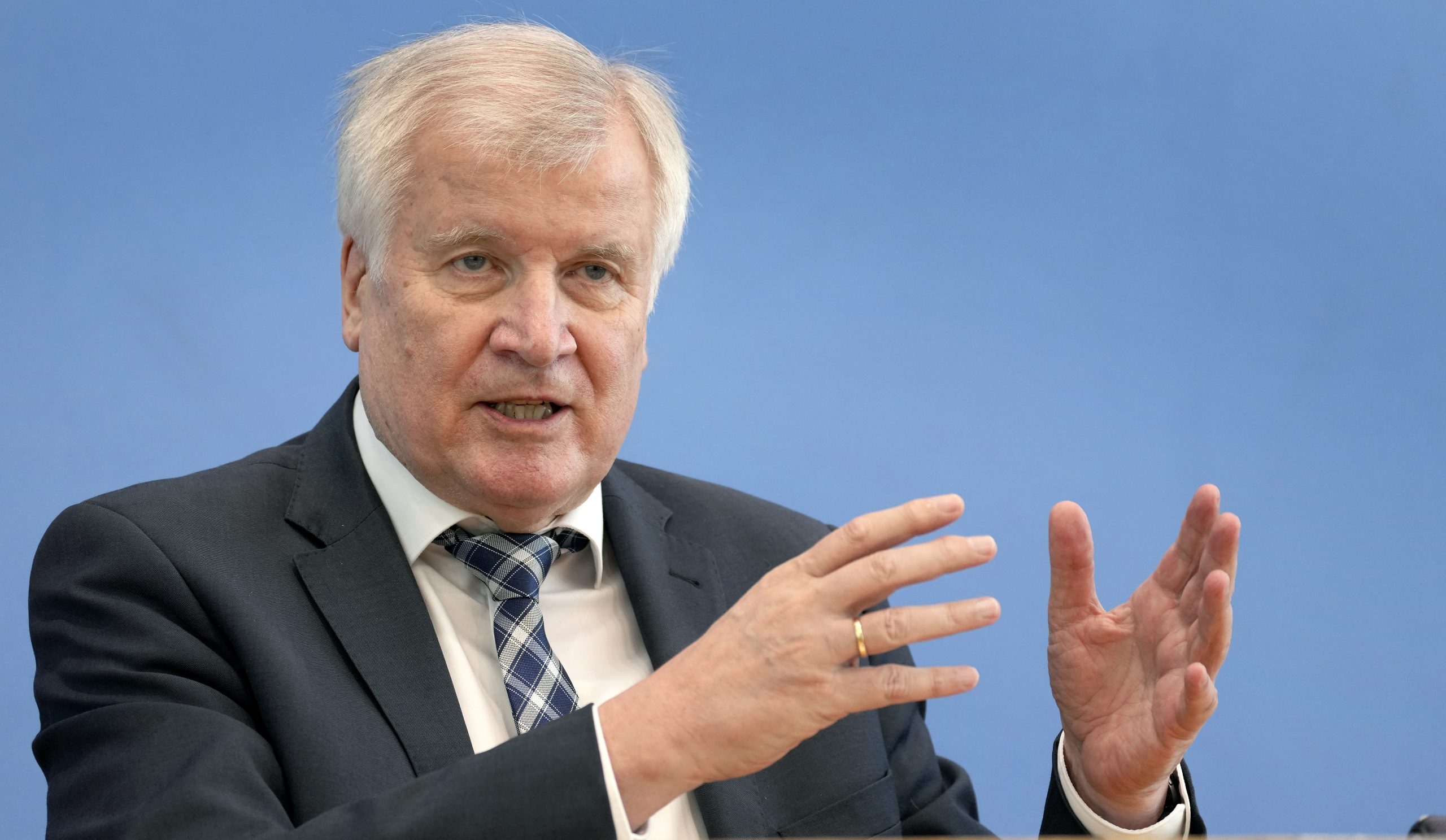 Calling right-wing extremism a “major problem”, Seehofer told reporters that the scene had often hijacked more moderate protests against government measures to combat the coronavirus. “We have to be particularly concerned about the fact that the mainstream demonstrators didn’t draw a line between themselves and the far-right ones,” he said. The 2020 report from the Office for the Protection of the Constitution, the domestic security watchdog, found a 3.8-percent increase in the number of people considered right-wing extremists last year, to around 33,300 people. About 40 percent of those people — 13,300 — were considered “violent, prepared to use violence or violence-supporting”. Seehofer noted that although rallies organised by the far right were often called off by the authorities, its supporters infiltrated demonstrations that were permitted to take place. Crimes linked to right-wing extremism rose five percent last year to more than 22,000, the deadliest of which was a racist mass shooting in the western city of Hanau that left nine people dead.

For the first time, the annual report included a section on the so-called New Right, describing extremists trying to influence mainstream discourse with “pseudo-intellectual” arguments intended to incite racial hatred and explode taboos. Seehofer has repeatedly described right-wing extremism as the biggest threat to German security and banned several groups with ties to the scene. A particular focus has been the around 1,000 so-called Reichsbuerger (Citizens of the Reich), who reject Germany’s democratic institutions.

The report also highlighted recurring problems of right-wing extremism among police and the military. Last week the state of Hesse said it was dissolving Frankfurt’s elite police force after several officers were accused of participating in far-right online chats and swapping neo-Nazi symbols. Violence by the far left, with attacks against security forces, neo-Nazis and companies, particularly property managers amid anger over rising rents, saw a significant increase as well, to 1,237 cases last year, up from 921 in 2019.