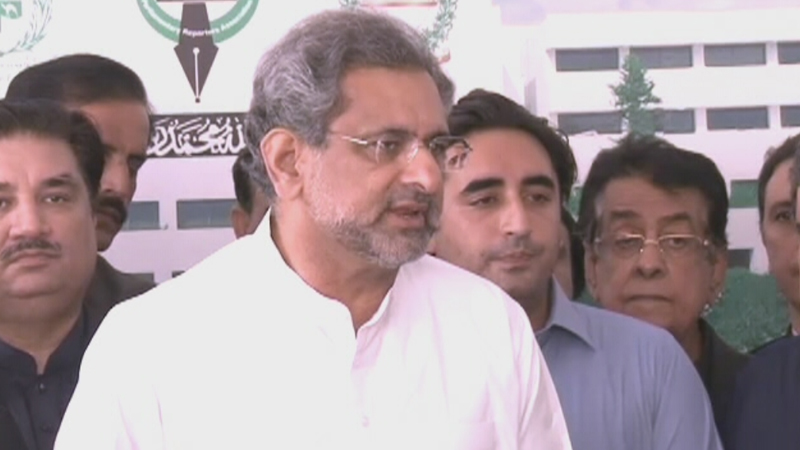 Former Prime Minister Shahid Khaqan Abbasi has said that he hopes that the report will be sent to the chairman NAB to end this fake case.

Talking to media outside the accountability court in Islamabad, former prime minister, PML-N leader Shahid Khaqan Abbasi said that as usual, the demand is the same today, to install cameras in the courts. He said that the terminal did not cause any harm to the country.

Shahid Khaqan Abbasi said that there is a lie in the federal budget, the minister does not know what is in the budget. The Finance Minister should say one thing that the budget will reduce inflation or the budget will increase inflation and then the revenue targets will be met why is that when 24 million tons of wheat was produced, we imported wheat?

He also said that the finance minister was saying that despite the production of 27 million tonnes of wheat, it would have to be imported.

“Shahbaz Sharif’s 3-minute speech set fire to government benches. I am sure that the speaker himself will come down tomorrow. He will join the rioting,” he said.