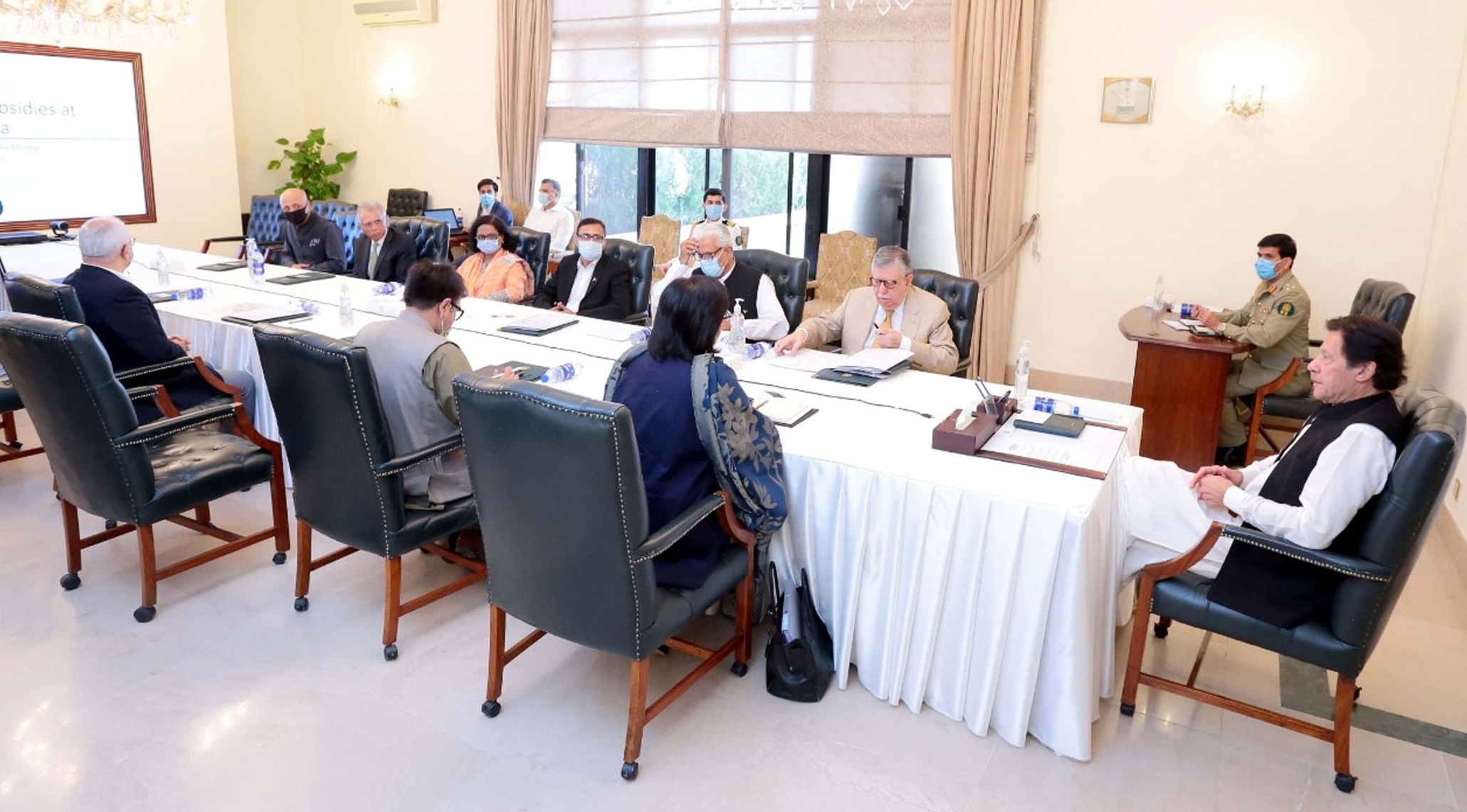 ISLAMABAD: Prime Minister Imran Khan on Monday said that the government was committed to provide all financial resources to help out the weaker segments of society in buying basic essential commodities through targeted subsidy.

He directed to finalize the new system at the earliest so that it could be formally launched from the next month. The prime minister was presiding over a briefing held here about introducing the new system of providing government subsidy to the weaker segments of society.

Special Assistant on Social Protection and Poverty Alleviation Dr Sania Nishtar briefed the prime minister in detail about the proposed system of providing targeted subsidy. She informed the meeting that with the completion of 92 percent of Ehsaas Survey, the remaining work would be accomplished by the end of this month.

The NBP president also briefed the meeting about the proposed system of providing government subsidy to the deserving families. The meeting was told that the introduction of targeted subsidy system was aimed at providing financial assistance to millions of families in buying basic essential commodities.

The prime minister, while appreciating efforts of the concerned in formulating the system of targeted subsidy, said that provision of the government subsidy to the rich and poor alike was not only the wastage of public resources but was also tantamount to usurp the right of the poor and deserving.