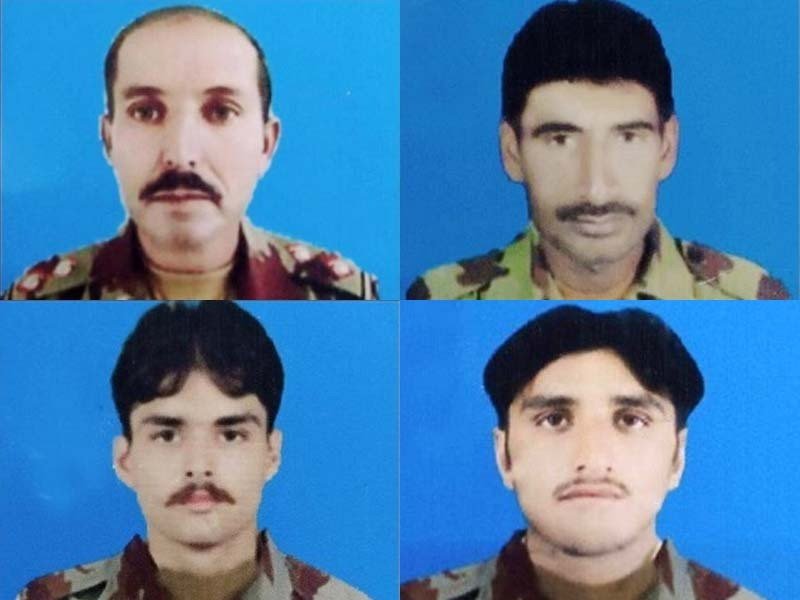 According to the ISPR, 4 Frontier Corps soldiers were killed in an improvised explosive device (IED) blast on Monday.

The blast occurred on the Marget-Quetta route, killing FC troops assigned to the Marget Mines’ protection.

The following are the names of the FC troops who embraced shahadat:

According to the ISPR, a large-scale operation is underway in the region to find the terrorists responsible for the attack.

“Inimical extremists’ cowardly activities cannot ruin Balochistan’s hard-won peace and prosperity,” the ISPR stated, adding that security forces are committed to “neutralise their nefarious plans, even at the expense of blood and souls.”