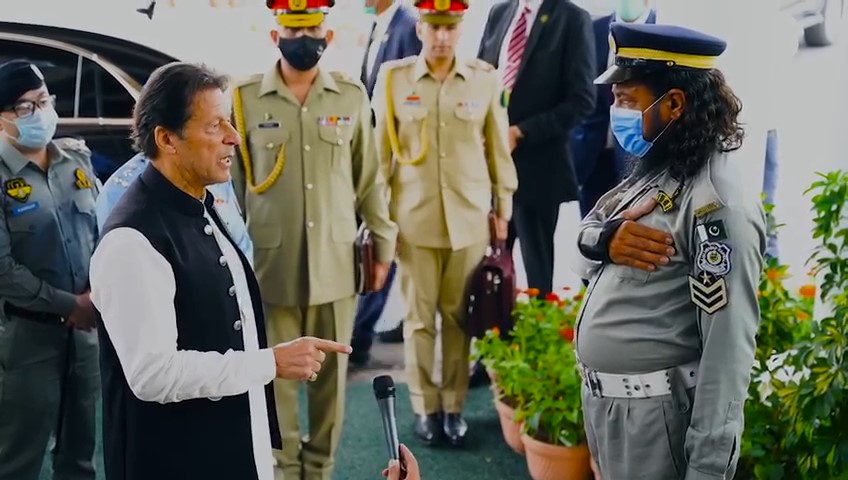 The prime minister lauded his act of responsibility by inviting him to the PM House. Talking to the traffic warden, the prime minister said that his act of performing duties despite being injured was a guiding precedent for the other government servants to emulate.

He said that his dutiful gesture had drawn wide public appreciation and such acts always raise image of the police. He also announced an award for the dutiful constable. Qaiser Shakeel was injured on June 9, but joined duties after a two-day medical rest.

A video clip of the injured traffic personnel performing his duties on hot summer day by marshalling traffic in Islamabad on weekends went viral on popular social media platforms. Explaining his injuries, Qaiser Shakeel said that as he was doing his routine job, controlling the flow of traffic, he stopped a Suzuki van traveling on the wrong side of the road.

However, as he was doing so, a motorcycle hit the traffic constable from behind. He said that he performs his duty with dedication and vowed that to continue performing his duties for the masses. “If my prime minister can work for the people round the clock, then why I can’t,” he said.