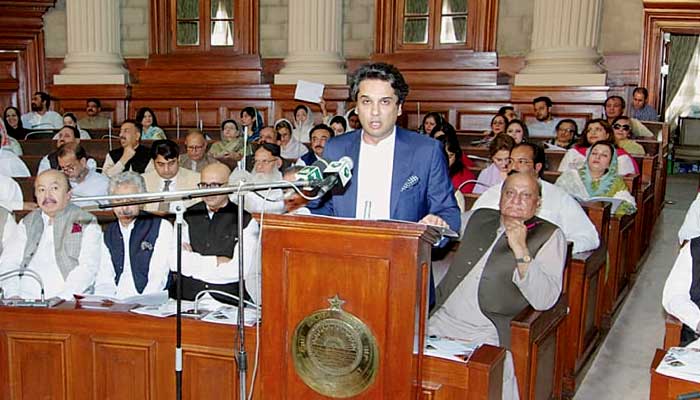 LAHORE: The Punjab government on Monday approved the proposed budget for the fiscal year 2021-22 with an estimated total budget outlay of Rs2.653 trillion, including an Annual Development Programme (ADP) worth Rs560 billion.

Punjab Finance Minister Hashim Jawan Bakht presented the budget while the Punjab Cabinet authorized the 10% increase in salaries and pension of provincial employees and also passed forward the decision to increase the minimum wage of workers from Rs17,500 to Rs20,000.

According to a spokesman for the Punjab Finance Department, a special package for industries and a number of public welfare schemes will be announced in the budget.

He said provision of Health Sahulat Cards will be ensured to 100 percent of the population by December this year.

“All targets are realistic and all priorities have been set in accordance with the needs of the masses,” said Buzdar.

The chief minister added that the budget is not a “magic of statistics” but is a document based on development.

Taking a jibe at the Opposition, the chief minister said: “The job of the incompetent and failed Opposition is just to make noise. Criticising the government’s positive policies only for the sake of criticising makes them look bad.”

The Punjab government has fixed the target of more than Rs400 billion of provincial revenue (both tax and non-tax revue) for the fiscal year 2021-22, which is 28% higher than the ongoing fiscal year target. This reflects that the economy of Punjab has been battling the COVID-19 impact and economic managers are anticipating quick growth and economic activities in the coming fiscal year.

In addition, a separate annual development plan worth Rs189 billion is allocated for south Punjab which will not be diverted anywhere else.

The government has allocated over Rs200 billion for the social sector, including health and education sectors, Rs145 billion for infrastructure development, over Rs55 billion for production sectors including agriculture, industry, tourism, wildlife, fisheries, forest, and more than Rs90 billion for special programmes.

Health insurance cards will be provided to the entire population of the province for which Rs80 billion have been allocated. The government has also allocated over Rs28 billion for the mega projects of Lahore, including the establishment of a new 1000-bed modern hospital in the city, a surface water treatment plant, underpasses, and flyover projects.

In order to control artificial inflation, Rs1.5 billion for the establishment of model bazaars across the province has been allocated. The government has made a Rs58 billion allocation for road infrastructure in the budget 2021-22.

For low-income housing project, Rs3 billion is allocated in the budget under the peri-urban housing scheme. For water and sanitation projects, the government has allocated Rs9 billion through which it will establish wastewater treatment plants in Lahore, Faisalabad, Sialkot, and other megacities alongside solid waste management and drinking water projects.

As for environmental protection, an allocation of Rs4 billion has been made out of which Rs2.5 billion will go to the Prime Minister’s flagship 10 Billion Tree Tsunami Project. 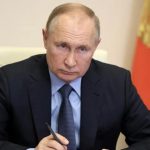