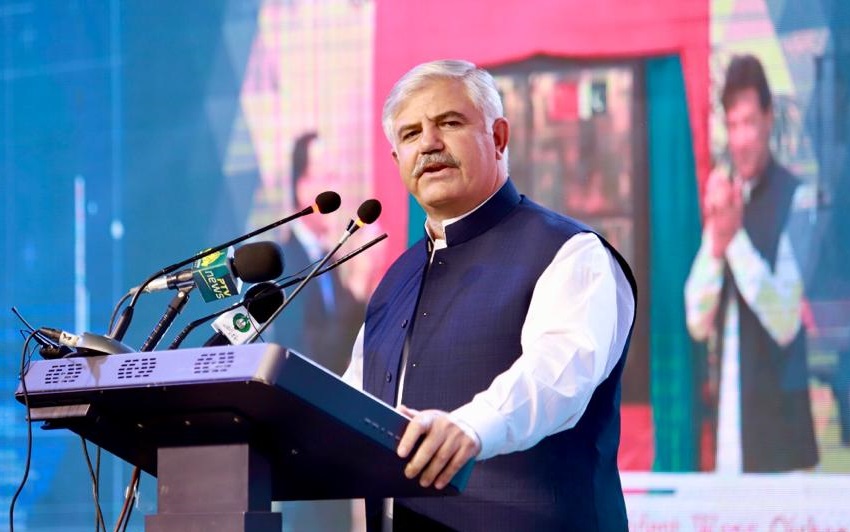 PESHAWAR: Khyber Pakhtunkhwa Chief Minister Mahmood Khan termed Chashma Right Bank Lift Canal (CRBC) as a project of vital importance for the food security of the province and directed the authorities concerned to complete feasibility study, preparation of PC-1 and other pre-requisites of the project by March next year.

He issued these directives while chairing a meeting regarding progress on mega developmental projects held here the other day at Chief Minister’s House in Peshawar. Senior officials of the urban development, revenue, planning & development, communications & works, finance, irrigation, and other relevant departments attended the meeting.

The meeting was informed that under the public-private partnership mode execution of 22 different mega projects was planned including Peshawar-DI Khan Motorway, acquisition of land for Dir Motorway and other important projects. He said that after the completion of pre-requisites, the project would be submitted to federal forum for approval so that the project could be put on ground next year.

He also directed the relevant quarters to complete land acquisition process for Swat Motorway Phase-II in next two to three months in order to ensure timely progress on project. The chief minister directed to finalize the mechanism for execution of the Swat Motorway Phase-II project and take necessary steps for swift approval of its financing mode from the relevant forum.

He said that timely completion of communication projects would be the priority of provincial government, adding that new schemes were being included in upcoming Annual Development Program for acquisition of land for mega projects in communication sector besides new schemes for the feasibility study of need base new projects.

The chief minister, while directing the relevant authorities to pay particular attention to urban development in newly merged districts, said that provision of civics facilities to the people of merged districts and redressal of their issues was among the targets of the provincial government. It was told that schemes for beautification and uplift of different cities, establishment of public parks, infrastructure development, establishment of Tehsil complexes on need basis, construction of roads were proposed for inclusion in next ADP.

It was further told that a separate scheme was proposed for urban development in the newly merged districts, adding that concerned deputy commissioners would present a comprehensive plan in consultation with the relevant departments to this effect which would be implemented on priority. Similarly, construction and rehabilitation of rural approach roads in merged areas would also be the part of upcoming Annual Development Program.

The authorities also told that a project regarding development of new tourists sites in the province would be included in upcoming ADP adding that work was in full swing on establishing play grounds in seven merged districts whereas a new scheme for establishing new grounds has also been proposed.

Briefing about the proposed development plan for next year, high ups of board of revenue told that due for completion schemes would be completed on priority further stating that hiring of patwaris through ETEA, induction of female patwaris and skills training of existing patwaris on modern lines were the important steps of the department. Digitization of mutation was already in progress and a new scheme for digitization of registries would also be initiated very soon.