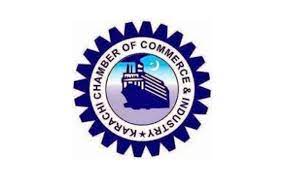 KARACHI: The Karachi Chamber of Commerce and Industry (KCCI) has welcomed the Budget 2021-22 and termed it a balanced budget in the current economic scenario of Pakistan.

Addressing a press conference immediately after the budget speech here Friday, the Chairman Businessmen Group Zubair Motiwala, President KCCI Shariq Vohra and former president KCCI Haroon Farooqui said the PTI government has set a direction for long term growth and economic stabilization of the country. The end of discretionary powers and harassment from FBR, revival of self assessment, score of relief measures, reduction and removal of taxes and duties on different sectors of economy would gear up the process of industrial revival in the country, they maintained and noted that such measures were clear manifestation of the government’s resolve for promotion of both export oriented and local industries.

Doing away with the discretionary powers of bureaucracy, tax reforms, self tax assessment and third party audit were longstanding demands of business community which were addressed in the Budget 2021-22, Zubair Motiwal said and felicitated Finance Minister for taking the most desired measures.

He was of the opinion that tax collection targets seemed very ambitious and a comprehensive strategy was needed to achieve them. “Broadening of Tax base required conducive environment and continuity of policy measures,” he said and suggested that enforcement of such measures for next 5 years could boost up the confidence of business and industry.
The fact that out of country’s over 220 million population, only 2.2 million were paying taxes and among them 1.2 million were salaried persons depict a sorry state of affairs where 95 percent population was out of tax net, Motiwala said.

A survey should be conducted to assess the issues and impediments which were keeping the wide majority out of the tax net and those must be resolved at the earliest so that maximum number of population could be included in tax net, he suggested.

Appropriate enforcement of tax on retail sales was another positive step but dealing tax evasion through criminal act would create enormous problems, he remarked.

He also stressed the need of developing basic infrastructure particularly generation, transmission and distribution of electricity along with privatization of state owned entities so that extra burden on the national exchequer could be reduced and the same resources could be utilized for strengthening the agriculture and relevant sectors.

President KCCI Shariq Vohra, also felicitated the Finance Minister for reducing withholding taxes and duties on 40 percent items and hoped that it would help revival of industry. “It is the first time that government has shown flexibility over issue of turn over tax and cut it from 1.5 to 1.25 percent, he said adding that the gesture by the PTI government was welcoming. Self assessment and end of harassment by tax authorities were significant progress towards broadening of tax base, he said and opined that third party audit of any business entity should be prerogative of the taxpayer.

Former president KCCI, Haroon Farooqui appreciated the measures aimed at development of small and medium enterprises and said that focus on SME sector would help sustaining the growth patterns. The budget for fiscal year 2021-22 would prove a revolutionary and historic budget if measures announced in the budget were implemented in the letter and spirit, he expressed.