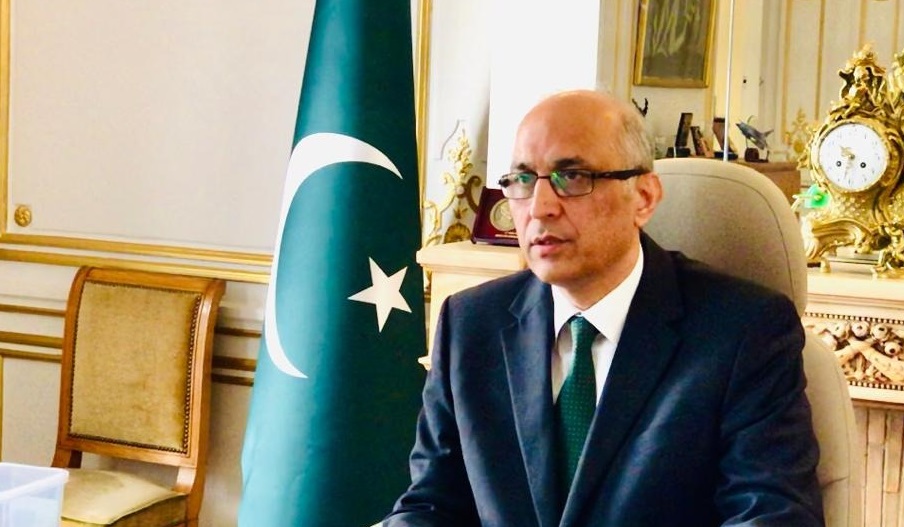 The ambassador also visited the Sino-Pak TCM and Ethnomedicine Research International Cooperation Base in the university. In 2017, the research base was established with contribution from leading scholars from both the countries.

During the visit, the ambassador held an interactive session with Pakistani students studying in the university and responded to their questions. On questions and concerns related to their studies and scholarships etc and those arising due to Covid-19 pandemic, he assured them full support of the embassy for resolution of their issues.

Ambassador Moinul Haque visited Shaoshan, the hometown of Chairman Mao Zedong in Hunan province to pay homage to the great revolutionary leader and the founder of new China. In this year, when Pakistan and China are celebrating 70 years of their diplomatic ties, the visit was especially planned as Chairman Mao was a great friend of Pakistan and the architect of close relationship between the two countries.

The ambassador laid a floral wreath at the monument and signed the guest book on behalf of the Embassy of Pakistan. He also visited the former residence of Chairman Mao as well as the memorial museum. Noting his remarks in the guest book, the ambassador paid rich tributes to the towering personality, leadership as well as the epic struggle, sacrifices and service of one of the greatest leaders of recent history who laid the foundation for a prosperous, peaceful and strong country.

He noted that on the occasion of the 70 years of diplomatic ties between two countries and 100 years of formation of Communist Party of China being celebrated this year, it was an opportune moment to draw inspiration from the life and work of Chairman Mao to further strengthen our friendship and continue to make joint efforts for prosperity of our people and global peace and stability.

Meanwhile, the ambassador met with Xu Dazhe, secretary of CPC Hunan Provincial Committee in Changsha, and held detailed discussions on deepening bilateral cooperation in the fields of agriculture, economy and trade, education and science and technology. In his welcome note, the secretary expressed his satisfaction of the deepening bilateral cooperation between the two countries under the All-Weather Strategic Cooperative Partnership.

He highlighted that Hunan Province offered great opportunities for enhancing trade, culture and people to people relationship between the two countries. He further expressed that Ambassador’s visit to Hunan Province will open new corridors of bilateral partnership. Thanking Xu for warm welcome and his kind sentiments for Pakistan, the ambassador expressed his desire for broadening the bilateral ties between Pakistan and Hunan.

He said that as the home province of Chairman Mao Zedong, Hunan had great historic significance, and people of Pakistan greatly admire Chairman Mao Zedong for his contribution to Pakistan-China friendship. He highlighted that Pakistan attaches great importance to its economic and cultural relations with Hunan.

The ambassador invited a high level business delegation from Hunan to visit Pakistan. He further proposed that in order to commemorate the 70th anniversary of establishment of diplomatic relations, both sides may explore establishment of Sister-Province and Sister City relationship between Changsha and cities similar profile in Pakistan.