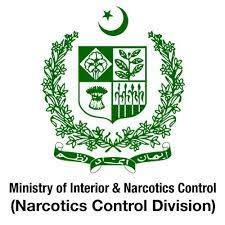 ISLAMABAD: The federal government has allocated a sum of Rs 489.393 million for the ongoing and new projects of the Narcotics Control Division for the fiscal year 2020-21 under the Public Sector Development Programme (PSDP).

According to the budgetary document, the allocations for new schemes included Rs 4.5 million for land acquisition for the construction of ANF Police Station at Hub, Balochistan.

Similarly, Rs 353.119 million for the acquisition of two plots to establish ANF Academy at H-11/1 Sector of Islamabad and Rs 131.774 million for construction of Model Addiction Treatment and Rehabilitation Center (MATRC) at Islamabad.

It may be mentioned here that the estimated cost of these new schemes was Rs 826.845 million, whereas the new budgetary allocations made were Rs 489.393 million for the current financial year to start the development initiatives.

The total estimated cost of the Narcotics Control Division’s main project, MTRC, had been Rs 469.226, whereas the government, in the current PSDP, allocated Rs 131.774 million.

The only two projects of the Division that managed to get the entire estimated cost for the project development included setting up ANF Academy at the H-11/1 Sector of the federal capital as the government has allocated the whole amount of Rs353.119 million. However, the second development project of acquiring land for the construction of ANF Police Station at Hub, Balochistan.