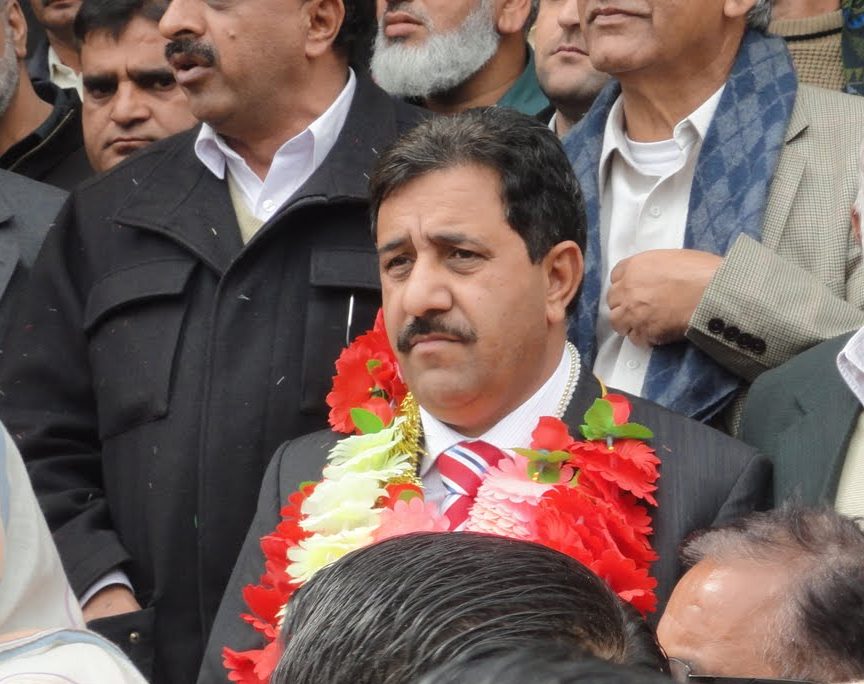 PTI candidate for Azad Jammu and Kashmir Legislative Assembly Sardar Saghir Chughtai has gone missing in the River Jhelum after the vehicle he was traveling in fell into the river after a road accident near Azad Pattan. According to sources, Chughtai was on his way to Rawalpindi from Islamabad for an election-related activity in his constituency when his vehicles and a Mehran car collided head-on. Both vehicles skidded off and landed in the river.

Search mission for Member Assembly Saghir Chughtai and others has been launched. According to the details of Rescue 1122 Palandri, Sardar Saghir Chughtai’s car collided with a Mehran coming from the opposite side. It was being driven by a man named Javed.

Both the vehicles went into the river. Javed was a resident of Adiala, Rawalpindi. Who worked in the Palandri factory. He was accompanied by his son who suffered injuries and was referred to Kahuta while Javed died on the spot.

Javed’s dead body has been handed over to Rawalpindi Rescue. Saghir Chughtai’s vehicle is still missing and a search operation is underway . According to police, there is little hope of survival among those who fell into the river. A large number of people are also starting to reach the spot.

He said that the party share extreme grief and shock to the bereaved family of the legendary AJK political leader in these hours of shock and grief.
May Allah, The Almighty, grant high place to the departed soul in Jannah and fortitude to the bereaved family to bear the loss with courage, he prayed.
The PTI AJK Central Information Secretary, while paying rich tributes to late Sardar Sagheer Chughtai for his life time social and political services to the people of AJK.

“Departed Chughtai sahib was a seasoned political and balanced personalities enriched with high intellect”, he said adding that the late leader achieved high and distinguished state in the AJK politics following his hard work and the high spirit of serving the humanity.

As reported earlier, Sardar Sagheer Chughtai lost his life after his car, in which he was traveling skidded off the road and fell into Jhelum river near Azad Pattan in Kahota sub division of Rawalpindi after collision with another vehicle which also fell down into the river leaving at least four people drowned in the river.