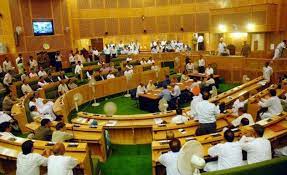 The list of candidates was posted on Twitter by the party’s spokesperson, Marriyum Aurangzeb and it was signed by the PML-N secretary general Ahsan Iqbal.

She wrote, “With the approval of party leader Muhammad Nawaz Sharif and PML-N president Shahbaz Sharif on the recommendations of the PML-N parliamentary board, tickets have been issued to party candidates in the Azad Jammu and Kashmir elections.”

The document said that over 250 candidates were interviewed and processed. It also said that candidates for the remaining 9 constituencies will be announced shortly.

Out of 36 candidates, 24 are currently in the sitting assembly, including Prime Minister Raja Farooq Haider and Speaker Shah Ghulam Qadir. They had been allotted tickets from two constituencies each in Neelum and Jhelum valley districts, respectively.

It is to be noted that the PML-N granted tickets to two women.