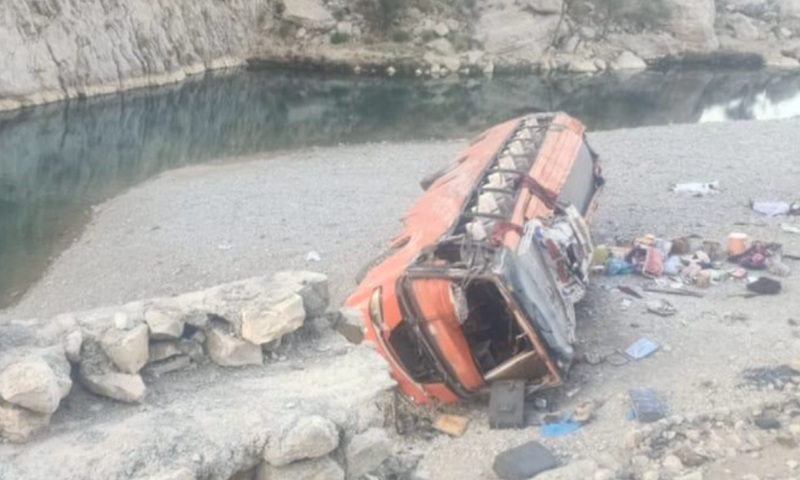 ISLAMABAD: As many as 23 pilgrims died while several others sustained serious injuries when an ill-fated bus crashed near Khuzdar on Friday morning. The speeding bus carrying the pilgrims overturned on a highway and fell into a ravine in a remote area in southwestern Pakistan.

According to details, Levies forces officials said the pilgrims were returning from Wadh to Dadu when it was involved in an accident near Khori in the Khuzdar area of Balochistan, after visiting a shrine of Sufi saint Abdul Qadir Naqshbandi.

The driver of the vehicle had lost control while trying to avoid hitting a motorcycle, rescue sources added.

Imam Bakhsh, one of the injured passengers, told The Associated Press by phone that passengers had repeatedly warned the driver to be more careful. He blamed the driver for the accident, saying he was enjoying music and driving recklessly.

Bashir Ahmed, a deputy commissioner in the Khuzdar district, said the driver lost control on a sharp turn.

He said the bus was overcrowded and several pilgrims were also sitting on its roof when the accident took place. Ahmed said some of the injured were listed in critical condition. He said the bus driver was also among the injured.

The rescue teams reached the spot after getting notified and shifted the bodies and injured to the Government Teaching Hospital and CMH Khuzdar.

Bodies of the deceased have been sent to their villages via ambulances. The condition of some of the injured is said to be critical.