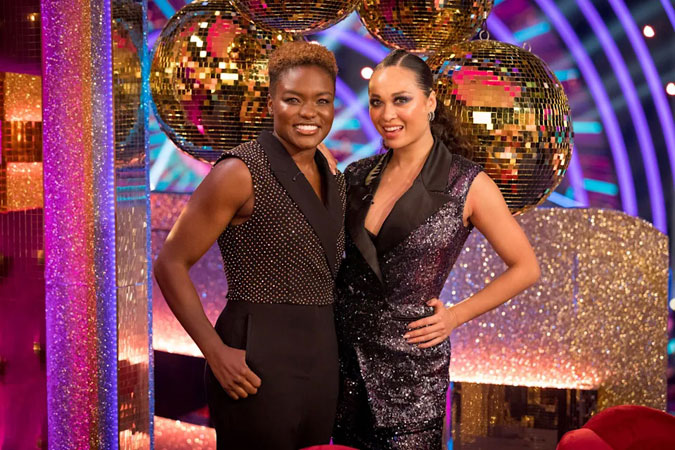 Olympian Nicola Adams has thrown her hat in the ring to return to Strictly Come Dancing in 2021 as her exit “wasn’t fair”.

The 38-year-old made Strictly history in 2020 by becoming part of the first-ever same-sex pairing with Katya Jones.

However, after less than four weeks in the competition, the duo were forced to drop out after Jones tested positive for coronavirus.

As a result, Adams has been vocal about feeling like her time on Strictly isn’t done and wants to return to the competition to finish what she started.

Speaking to Lorraine Kelly on her ITV morning show, Adams said: “I’m not sure [if I’m allowed], but I’d love to. Just because of the way that I went out – it wasn’t fair.”

Adams agreed when Kelly suggested she had “unfinished business” with the dance competition.

Strictly bosses had stated prior to the 2020 series that those testing positive for the coronavirus would not be able to continue in the competition.

Executive producer Sarah James explained ahead of show’s launch: “Unfortunately, if you receive a positive test, that means you wouldn’t be able to continue in the competition.

“According to guidelines, you would have to isolate for two weeks and that would rule you out.”

However, they were allowed to perform a one-off special routine together during the finale.

Adams and Jones chose a tango to Muse track Feelin’ Good, which was the only romantic routine the duo danced during the show’s duration.

The BBC received complaints afterwards that the routine was a ‘blatant projection of homosexuality’, but the network refused to uphold them.

The series was eventually won by Bill Bailey and Oti Mabuse – making Bailey the oldest winner ever and Mabuse the first pro to win consecutive series.