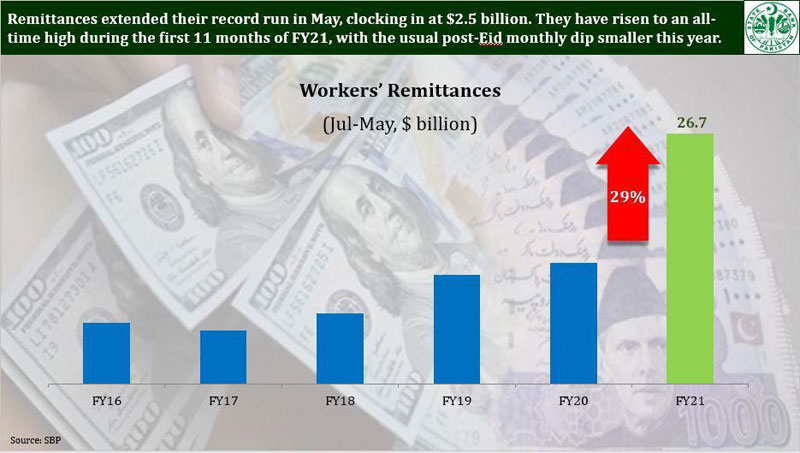 tIf history is our guide, Pakistan has always been vulnerable to balance of payment crises and debt trap, since it always relied on geo-political rents to raise its foreign exchange reserves.

Ever since 1958 the country has opened up its debt market and to fill its coffers it has gone to International donors, to maintain its balance of payments positions. Although, in the 1980s, the first Afghan war helped Islamabad in maintaining a solid balance of payment position, from 1988 to 2001, Pakistan had to recourse to the International Monetary Fund (IMF) on frequent intervals to avert the balance of payment crisis and to ward off imminent default. While the second Afghan war did provide an opportunity to the government to stay away from the IMF from 2002 to 2008, since then the IMF rescue programme is in vogue under every government till date, with an interlude of 2011-2013.

Successive governments in the past have defended their economic records and their struggle with the debt trap and balance of payment crisis; which had been often blamed upon the previous governments , but a quick jump to the current government where after being elected into the power the PTI too had to suffer from the crisis and yet again, it had the previous government to blame. However, the PTI government, despite having a love-hate relationship with the debt-trap and balance of payments woes, has its performance to highlight ahead of budget 2021-22.

The government claims the country was facing daunting challenges such as high current account deficit and historic debt trap, which was brought down drastically due to the incumbent government’s sound fiscal policies. In June 2018, around the time when the PML-N left office, gross public debt stood at Rs24.95 trillion, with just in PML-N’s entire five-year term public debt skyrocketed by Rs10.66 trillion.

The economic tragedy, which the PTI government inherited resulted in GDP growth of just 2.1 percent in 2018-19, down from 5.5 percent in 2017-2018, which further contracted to negative 0.47 percent in 2019-20 after eruption of Covid-19 pandemic and now the provisional GDP growth is estimated at 3.94 percent for 202-21. On average, the GDP growth remained 1.9 percent in the last three years, which was much below average population growth of 2.4 percent on a per annum basis in Pakistan.

But, now the government ministers are boasting indicators which point towards improvement in the national economy despite the onslaught of coronavirus.

According to the government all high-frequency data shows improvement in the economy and growth rate is being predicted at about 3.94 per cent, which was primarily boosted by industrial and services sectors, since the covid ravaged economy witnessed a V shape recovery.

The PTI Government inherited an elevated level of debt servicing to the tune of more than $ 10 billion/year, which was primarily a result of enhanced external borrowing ($ 49.76 billion), especially short-term & expensive commercial loans ($17billion) by the PML-N Government.

The government claims that during the current fiscal year, it has to repay about $10.36 billion on account of external loans including principal & interest payments while expected inflows are estimated at $14.37 billion. During the first 10-months of FY2020-21, the government has repaid an amount of US$ 7.52 billion including $6.31 as principal & $1.21 billion as interest payments. In order to discharge its various obligations, the government borrowed $10.5 billion as program and project loans in the same period.Thus, the net inflow of external loans is $2.98 billion. In addition, the government also repaid $2 billion to Saudi Arabia during the current FY. Hence, the actual net inflows further decreased to $0.98 billion only.

The government has certainly achieved some fiscal order, since It is also pertinent to mention that cumulatively, in the first 10 months (July-April) of current fiscal year 2020-21, the current account balance remained in surplus at $773 million compared to a deficit of $4.65 billion in the same period of last fiscal year.The surplus has helped stabilise the country’s foreign currency reserves and has aided in making international payments (balance of payments) for imports and repaying foreign debt.

The state Bank had stated that higher imports have supported broader economic growth as domestic consumption and the export sector heavily rely on imports. With the economy rebounding strongly in FY21, imports are picking up, but the rise is offset by an unprecedented growth in remittances and the recovery in exports,” the central bank said on its official Twitter handle after reporting the latest numbers for the current account balance.With current account balance contained and forex reserves at a four-year high, the economic revival is on a sound and sustainable footing.

It may be noted that budgetary support helps the government to bridge financing gaps and provides fiscal space to make necessary expenditures. This fiscal space has helped the government to enhance its spending on the social sector, especially health & social protection and mitigate the socioeconomic impact of COVID-19 pandemic. The results of the government’s successful policy and other measures are also evident from the 3.94% growth rate which not only saved the employment of millions of Pakistanis but also improved all major economic indicators.

The progress was not only acknowledged at home but a leading American business magazine Forbes in its recent edition also lauded the government’s efforts to tackle pandemic and to stabilise and grow Pakistan’s economy, saying that the government has been successful in reviving its economy through prudent policies which is expected to grow at 4%.Successful management to tackle the pandemic and the success of IMF programme, as evidenced by the 4% GDP growth, is a testament to Pakistan’s growth potential and good investment opportunities, the magazine said.

It said when countries like the United States and India have had difficulties in dealing with the coronavirus pandemic. Pakistan has succeeded in reviving its economy, which is expected to grow at a rate of about 4%, exceeding initial estimates in 2021.

The PTI government may still have a long shot at achieving its economic objectives, but as it transitions from stabilization to growth oriented policies, it may be headed towards a great rescue-unshackling the country from the debt trap.