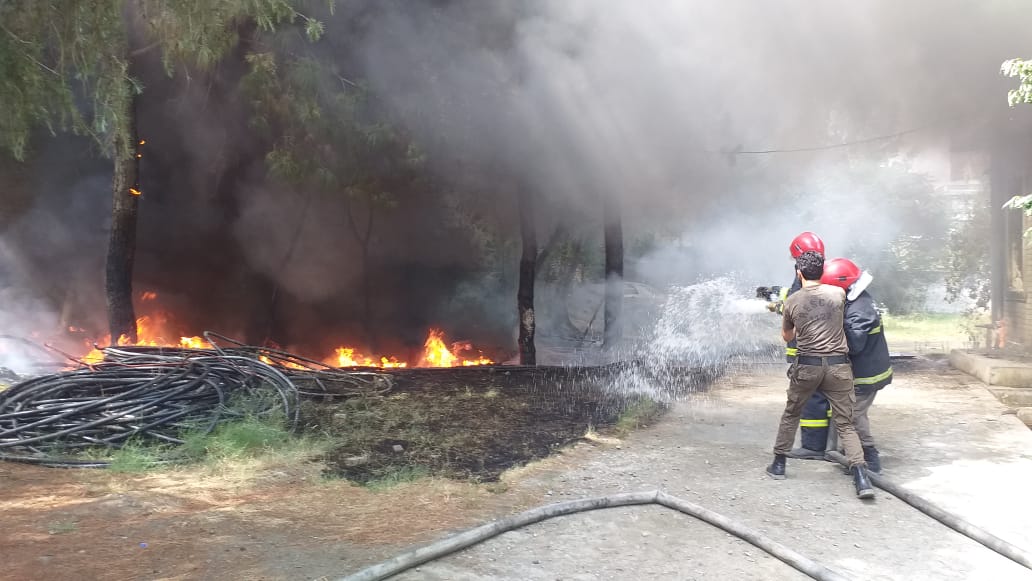 SWAT: Five feeder panels were destroyed in a fire at Mingora grid station, power supply to 1.5 million people of two tehsils was suspended. According to WAPDA officials, it may take two to three days to restore the grid station.

A fire broke out at a power grid station in the Rahim Abad area of Mingora, the capital of Swat, on Thursday morning due to a cable short, which immediately engulfed an entire building. As soon as the fire was reported, the Rescue 1122 team reached the spot, and the fire was brought under control several hours later.

According to WAPDA officials, five feeder panels have been destroyed due to the fire. Superintendent Engineer Khalid Khan told the Daily Times that the fire was caused by a cable short which destroyed five feeder panels. “It may take two to three days to restore power, for which a technical team from Peshawar have reached to swat, we are trying to restore power as soon as possible,” he added.

After the fire at the grid station, Chief Minister Khyber Pakhtunkhwa contacted PESCO officials and directed them to restore power as soon as possible.

Chief Minister Mehmood Khan said that steps should be taken on a priority basis to restore power, due to which people are facing severe difficulties. Power should be restored to the affected areas in the shortest possible time.

Millions of consumers, including businessmen in Mingora, are facing severe hardships due to the power outage, Mansoor Ahmed, who works on a mobile shop, told the Daily Times. Our business is being affected, so the government should take immediate steps to restore power.

Abdullah Khan, a resident of Mingora, said that the heatwave in Swat had intensified over the past four days, but now the power outage had made up for the shortfall. Relevant authorities and government representatives should play a role in restoring power.