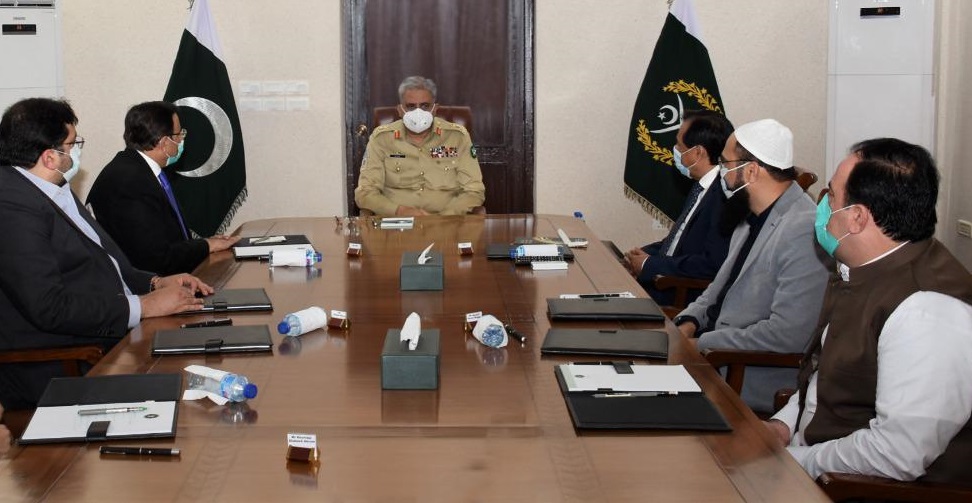 Chief of Army Staff General Qamar Javed Bajwa on Wednesday assured the business community of the Pakistan Army’s complete support for the economic uplift of the country.

He made assurances when he met a delegation of the Federation of Pakistan Chambers of Commerce & Industry (FPCCI), according to a statement issued by the Inter Services Public Relations (ISPR). The army chief lauded FPCCI for its role in the development of commercial and industrial hubs in Pakistan.

According to the statement, the delegation acknowledged the army’s role and sacrifices in ensuring a secure and enabling environment for economic prosperity in the country.

During a meeting with China’s Ambassador to Pakistan Nong Rong, General Qamar Bajwa said that Pakistan greatly valued its friendly relations with China. During the meeting, matters of mutual interest, progress on the China-Pakistan Economic Corridor (CPEC) and regional security situation, including the latest developments in the Afghan peace process were discussed.

He thanked the dignitary for China’s contribution towards the fight against Covid-19 and the provision of vaccines to Pakistan and said that Pakistan greatly values its friendly relations with China. General Bajwa also felicitated the dignitary for holding grand ceremony in Beijing on the occasion of the 70th anniversary of Pak-China diplomatic relations.

The visiting dignitary appreciated Pakistan’s sincere efforts for bringing peace and stability in the region, especially the Afghan peace process.