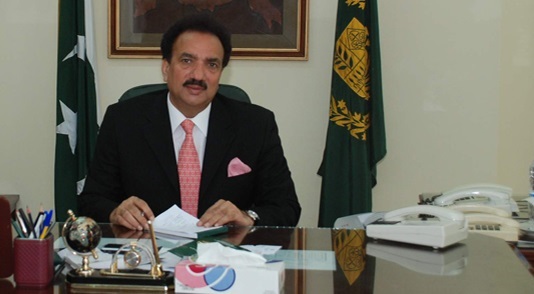 ISLAMABAD: Institute of Research and Reforms (IRR) Chairman Senator Rehman Malik urged the government to present a people-friendly and pro-poor budget for the upcoming fiscal year.

In Pakistan, “with a 14 percent inflation rate, there is a 30 percent rise in the poverty rate, 80.5 million people are standing on the edge of the poverty line due to which 15 to 20 people are ending their lives by committing suicide daily,” he said in a statement.

He also said that the government must announce a special package for the private/daily wages employees for enhancement of their salaries by their employers. He said that the government should allocate special funds for self-employment business opportunities enabling those who have lost their jobs due to COVID-19, to get start their own small business.

The IRR chairman said that at least Rs 150 billion should be allocated for the construction of hospitals/medical centres for the treatment of COVID-19 patients and for the purchase of modern medical equipment, protective kits (PPEs) for doctors, paramedical staff, army, rangers, police and other law enforcement agencies who are on frontline during COVID-19.

He said that future lies in agriculture and hence farmers should be supported with good economic packages as an incentive to increase the yield and to modernise agricultural farming. “The government should allocate more funds for the management of rainwater reservoirs in every district as a national water conservation programme,” he added.

Rehman Malik said that special funds should also be allocated for the construction of new small/mini dams in every district on the pattern of China. He suggested that budgetary allocations for online education development programmes and the Higher Education Commission should be enhanced. He said that funds for improvement in the aviation sector and upgrade airports were needed to be allocated and the budget for security agencies must be doubled for their capacity building to ensure the rule of law.

He said that there should be a substantive increase in improving investigation process by the provision of modern investigation tools and logistics to FIA and the police and to upgrade the jails, the government should allocate five billion for each. He said that the government must finance easy loans for cheap housing schemes through house building corporations and special enactment may be brought to save the people from defrauding from private house building finance companies if allowed in the private sector.