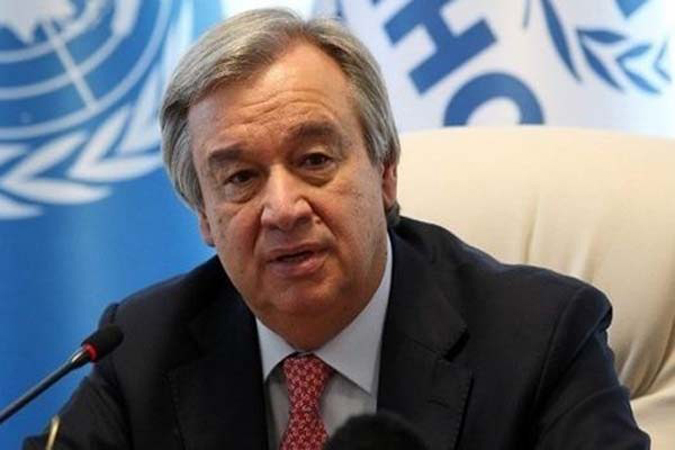 UNITED NATIONS: UN Secretary-GeneraI Antonio Guterres expressed his outrage over the targeted killing of a Pakistani-origin Muslim family in Canada, and called for unitedly standing against Islamophobia.

“I am appalled by the targeted and heinous attack on a Muslim family in Ontario, Canada,” the UN chief wrote on Twitter. “My heart goes out to the victims, surviving family and loved ones – and the community,” he said. According to the Canadian police, the family killed in a hit-and-run incident was targeted for being Muslim. The family had immigrated from Pakistan to Canada 14 years ago.

“We must stand united against Islamophobia and all forms of hatred, now more than ever,” the secretary-general said in his tweet.

I am appalled by the targeted and heinous attack on a Muslim family in Ontario, Canada. My heart goes out to the victims, surviving family and loved ones – and the community.

We must stand united against Islamophobia and all forms of hatred, now more than ever.

On Sunday evening, a pickup truck plowed into a family killing four and leaving one surviving victim in hospital with serious but non-life-threatening injuries.

Police said the perpetrator, Nathaniel Veltman, 20, acted with intent and has been charged with four counts of first-degree murder. The deceased include a 46-year-old man, his 44-year-old wife, a 15-year-old girl, and her 74-year-old grandmother. Their nine-year-old son is under treatment at a hospital for serious injuries.

Earlier, Canadian Prime Minister Justin Trudeau, too, offered his condolences to the victims of Sunday’s attack and called it an “act of evil.” Thousands of people thronged Oxford Street at a mosque to show solidarity in a vigil for the victims. The event began around 7:30 pm in the parking lot of the London Muslim Mosque. Several government dignitaries, including Prime Minister Justin Trudeau, Ontario Premier Doug Ford, London Mayor Ed Holder and other politicians attended the two-hour vigil that was broadcast on Facebook.

“You are not alone. All Canadians mourn with you and stand with you, tonight and always,” Trudeau said, acknowledging the telling effect of Islamophobia on Muslims across Canada. “Islamophobia is real. Racism is real. You should not have to face hate in your communities, in your country. We can and we will act. We can and we will choose a better way.” Ontario Premier Doug Ford expressed his grief for the family and the community at large. “What happened here in London is a tragedy beyond words,” he said in an emotional message.

“It was an act of terrorism against a family targeted for their religion. This type of racism and terrorism cannot and will not be tolerated.” London Mayor Ed Holder slammed Sunday’s events as “an act of mass murder, and a grotesque expression of hatred rooted in Islamophobia.” He called for love and support for Muslims.